During #StudentFireSafetyWeek2021, a South Gloucestershire student housing property has been affected by a kitchen fire.

Crews from Southmead, Patchway and Kingswood were called to reports of a fire affecting a property used as student accommodation at 12:46 on Thursday 28 October 2021.

With many young people living away from home for the first time, either in rented property or halls of residence, student housing related incidents are a particular concern for Avon Fire & Rescue Service (AF&RS).

This particular fire began in the kitchen within a student housing building. Home Office fire statistics show that of the over 160 incidents attended by fire and rescue services at student halls of residence in 2019/20, 66% were started by cooking appliances. 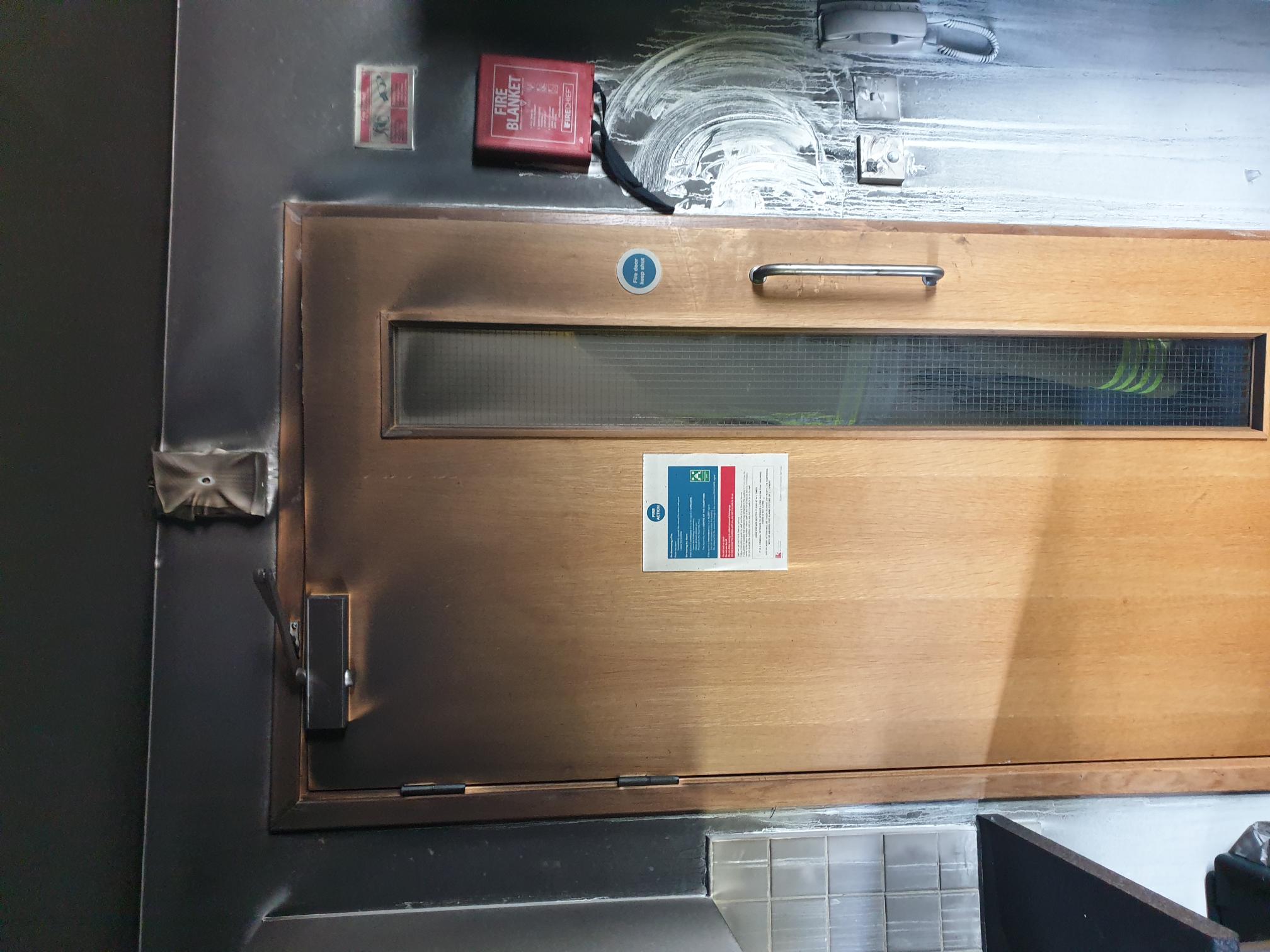 Watch Manager A (WMA) Chris Crothers and his crew attended the scene.

He detailed his account of the incident: “When we arrived, security staff met us and conveyed crews to the building. We were also informed that there may still be students in the flat.

We were given access keys to the building and given the room number which was on the third floor.

Initial investigation showed that the hallway to the flat was clear of smoke, but that the kitchen was heavily smoke logged.”

WMA Crothers added: “Firefighters wearing breathing apparatus (BA) were briefed to search the bedrooms quickly before entering the fire compartment, so that any residents could be evacuated before gaining access to the fire and filling the rooms with smoke. Thankfully, no residents were in their rooms.

Following this, firefighters wearing BA entered the kitchen with a high-pressure hose reel jet and found the incident to consist mainly of heat and smoke with little to no fire.

They confirmed that the fire was out, and then proceeded to remove the window security so that the flat could be ventilated. Once this was underway, positive pressure ventilation fans were set up to pressurise the stairwell and ventilate the flat.

The fire doors to this kitchen were effective in stopping the spread of the fire and smoke.”

How can you stay safe?