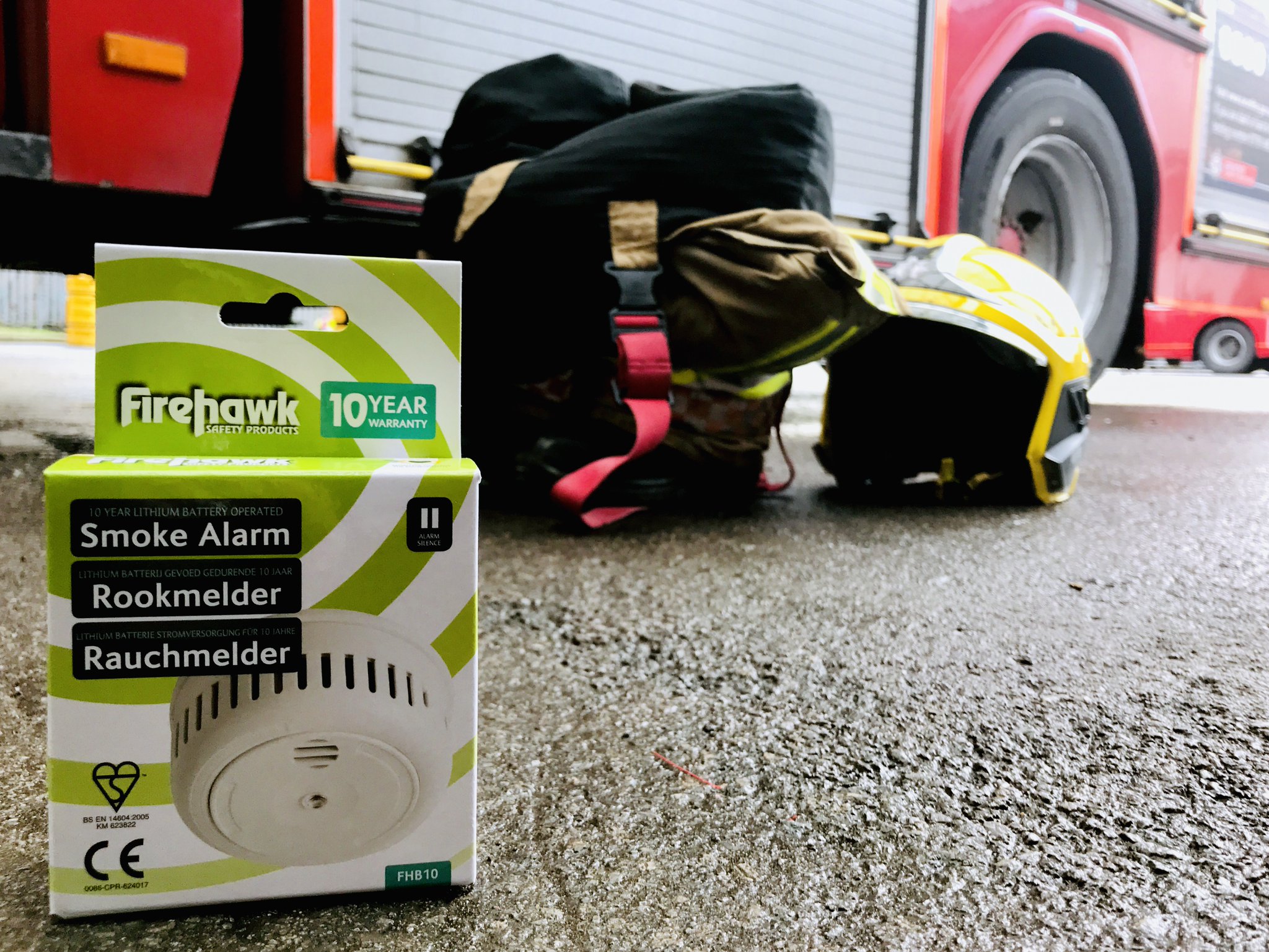 A member of the public is praising Avon Fire & Rescue Service’s (AF&RS) home fire safety visits after smoke alarms alerted her to a fire.

One crew from Kingswood fire station initially attended the home on Grace Road in Downend at around 2pm on Saturday (09/03) to fit smoke alarms and give safety advice to the couple.

But just over an hour later, at 15:21, crews from Kingswood and Temple fire stations were called back to the property for a kitchen fire.

Due to the early warning from the smoke alarms, Jenny Taylor was able to quickly shut all the doors in the property and call 999..

On arrival, two firefighters in breathing apparatus were able to rescue Jenny’s dog and extinguish the fire using one high-pressure hose reel.

Jenny Taylor said: “I had organised a home fire safety visit for a neighbour and thought I had better organise one for myself.

“The firefighters were very good and so helpful. They fitted smoke alarms in the loft, landing and hallway and sat down with me to talk about safety in the home.

“After they left I went out for a bit and when I returned I could hear the smoke alarms going off and thought something was up.

“As soon as I opened the door I could smell the smoke and immediately shut the door and called the fire service.

“The smoke alarms made me aware that something was wrong so I was able to act quicker.

“It was actually the same crew that had fitted the smoke alarms that came back for the fire.

“They were brilliant. When they arrived they were able to deal with the fire and rescue my dog and we can’t thank them enough.”

Jenny is so thankful for the home fire safety visit that she is recommending everyone books one for their own home.

She added: “Don’t think about it, do it. It’s free and it’s amazing. Pick up the phone and book.

“We are lucky, lucky we had smoke alarms as, without them, this could have been a disaster.”

Temple fire station Watch Manager Rich Iles, who attend home fire safety visit and the fire, said: “While we normally don’t get called back to properties so soon, it just goes to show how important smoke alarms are.

“From the home fire safety visit, we knew about the home and what we might encounter, but crucially, Jenny had more time to act.

“With a fire in a home, minutes do really make the difference and smoke alarms allow you that time to get out, stay out and call us.

“Every home should have smoke alarms and we are happy to help through our home fire safety visits.”