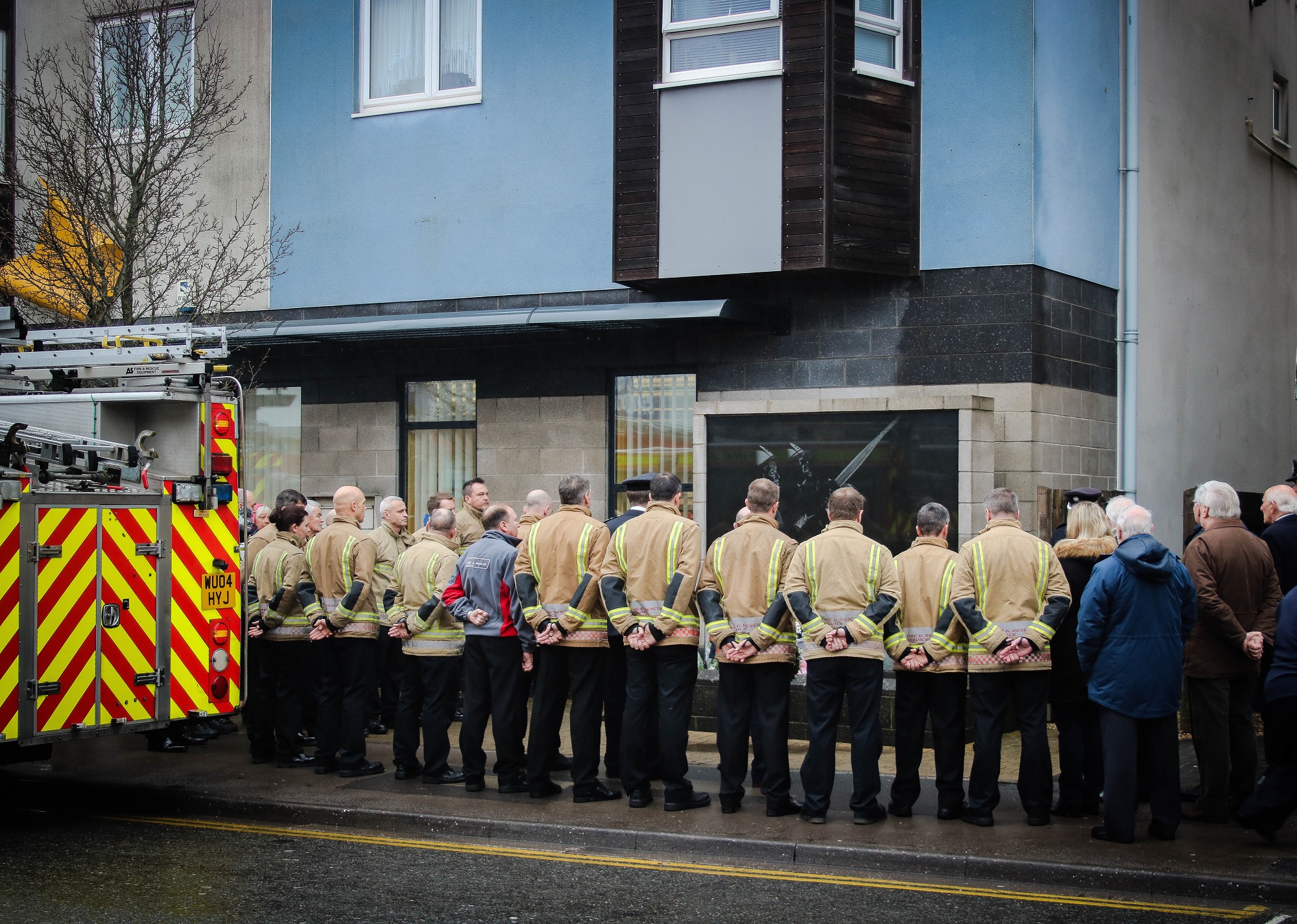 Staff from across Avon Fire & Rescue Service (AF&RS) came together to mark the 23rd anniversary of the death of Firefighter Fleur Lombard.

Serving and former staff attended a short wreath-laying ceremony at the memorial dedicated to Fleur in Staple Hill, Bristol, along with members of the Fire Brigade’s Union, friends and family friends.

The service happens every year in memory of Fleur, who tragically lost her life in the line of duty.

On Thursday 4 February 1996 Avon Fire Brigade, as the organisation was then known, was called to reports of a serious fire in Leo’s supermarket in the Staple Hill area.

Fleur, who was just 21 years old at the time, was one of only eight women employed by Avon Fire Brigade.

She was killed as a direct result of the intense heat, and her body was found by other firefighters just yards from the exit.

Having graduated in 1994 with the Silver Axe award, for most outstanding recruit on her training school, Fleur was the only female firefighter to die on duty in peacetime Britain.

She was posthumously awarded the Queen’s Gallantry Medal and Chief Fire Officer’s Commendation in recognition of her bravery.

Two of her colleagues who were with her that day were also awarded the George Medal and the Queen’s Commendation for Bravery.

Every year since Fleur’s passing, staff from AF&RS have marked the anniversary to ensure she is never forgotten.

Mick Crennell, Chief Fire Officer for AF&RS, said: “Fleur’s loss is keenly felt across the Service to this day and it is something we will never forget.

“This tragic loss goes to show just how dangerous our profession is and that it can take the best of us. Fire does not distinguish, just like we don’t distinguish when we answer the call.

“Unfortunately, some pay the ultimate sacrifice but we will never forget her and will ensure that her memory lives on.”

Gary Spindler, Avon FBU Brigade Secretary, added: “Fleur was a proud Firefighter and someone who undoubtedly had a wonderful career ahead of her after starting it by winning the Silver Axe award for top recruit on her training school.

“Our thoughts are naturally with her family and friends at this time of the anniversary of her loss. I’d also like to pay respect to the efforts of those other members who attended this tragic incident and to this day live with the memories, they should know also that their efforts are remembered.

“Fleur paid the ultimate sacrifice in the line of duty on that dreadful day in Staple Hill in 1996, trying, along with other courageous members to do all they could to save others, and that will rightly never be forgotten by FBU members, AFRS staff and the 999 family up and down the country.”