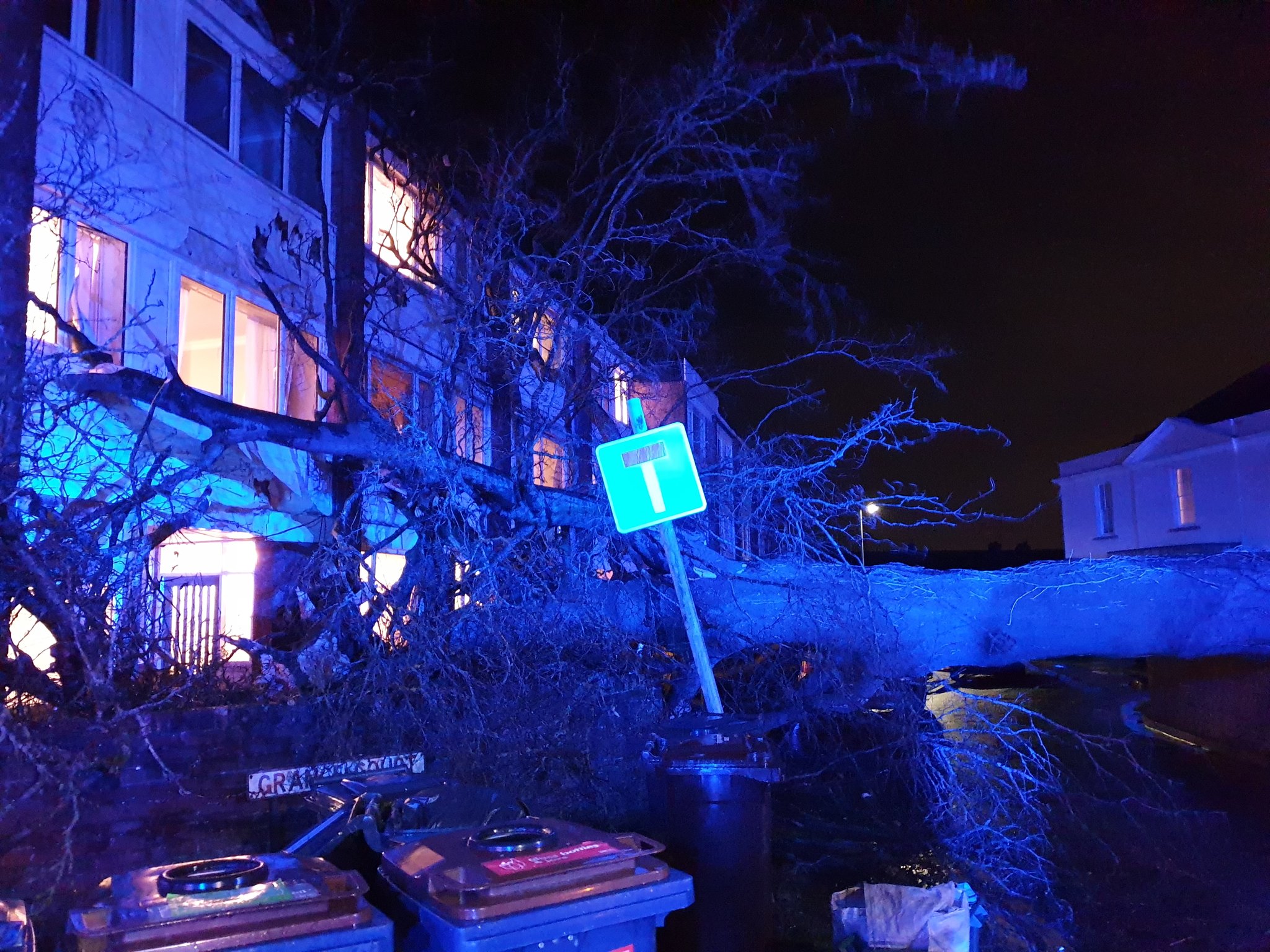 Crews from Hicks Gate and Kingswood fire stations were mobilised to reports of a fallen tree.

On arrival, they found a tree had fallen onto a block of flats and damaged several windows.

Crews searched the building and isolated the utilities.

Following discussions between police, fire, and ambulance, four properties were deemed unsafe until assessed by a structural engineer and 16 people were evacuated.

Ambulance crews treated two casualties on the scene for minor injuries and the property was left in the hands of police.

The Red Cross were also in attendance to assist with rehoming.