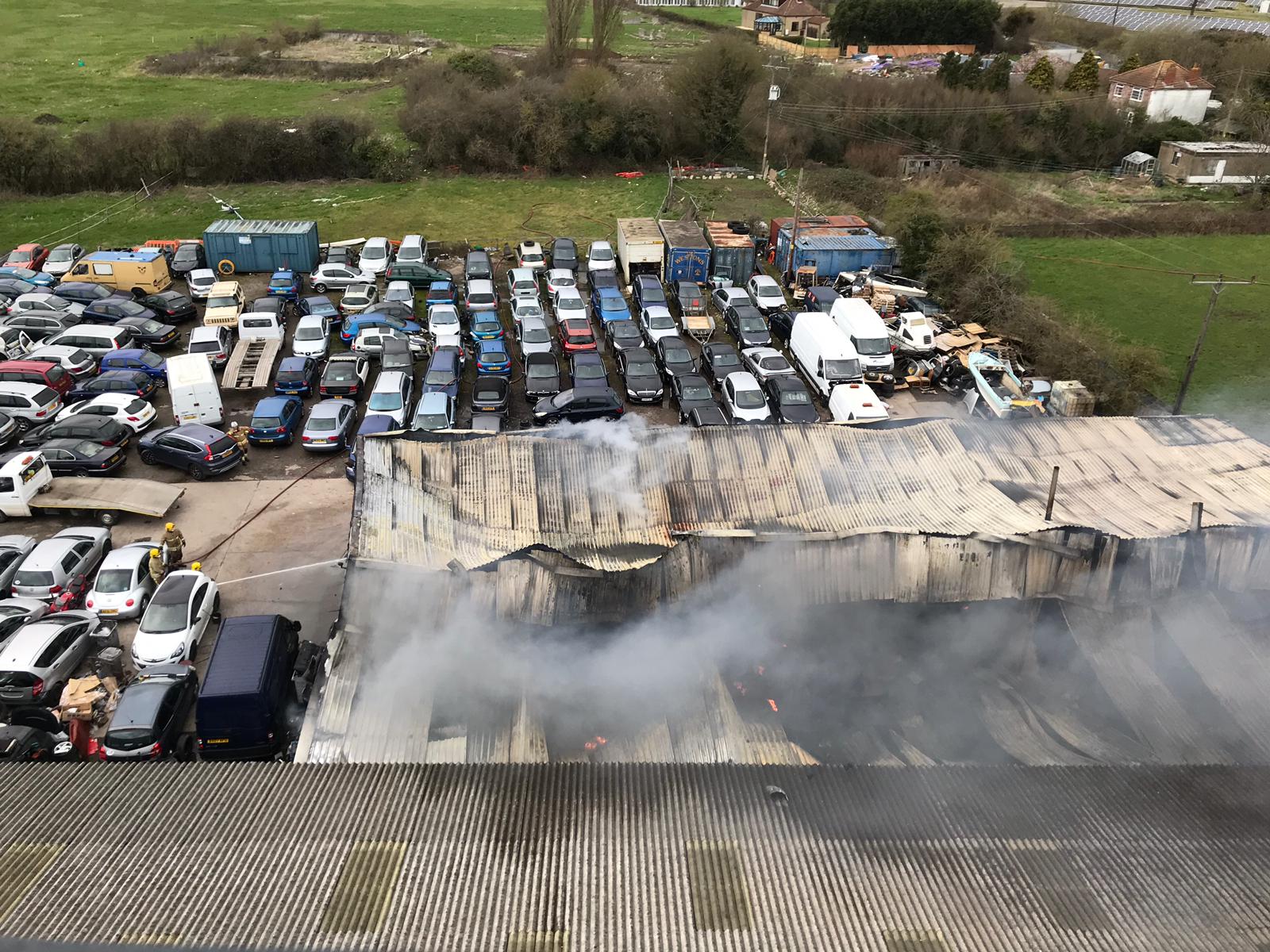 Crews from Avonmouth, Southmead, Patchway, Yate, Temple, Kingswood and Bedminster fire stations were called a fire at a commercial property.

The fire was in a warehouse measuring 25m by 60m and crews were informed of potential acetylene cylinders inside.

One male casualty in his 30s was treated for minor burns.

Crews remained on scene for several hours damping down.