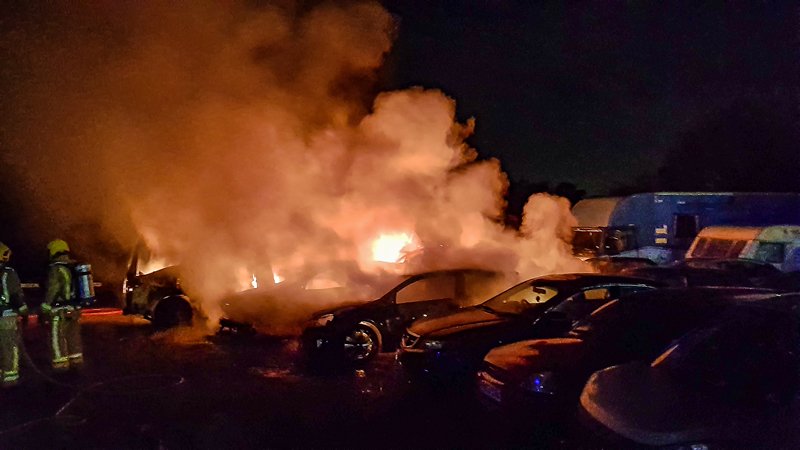 Two crews from Yate and two from Kingswood fire stations were called to the incident in the early hours of the morning.

Four firefighters in breathing apparatus used one high-pressure hose reel, one 45mm jet and 40 litres of foam to extinguish the fire.

The cause is thought to be deliberate.