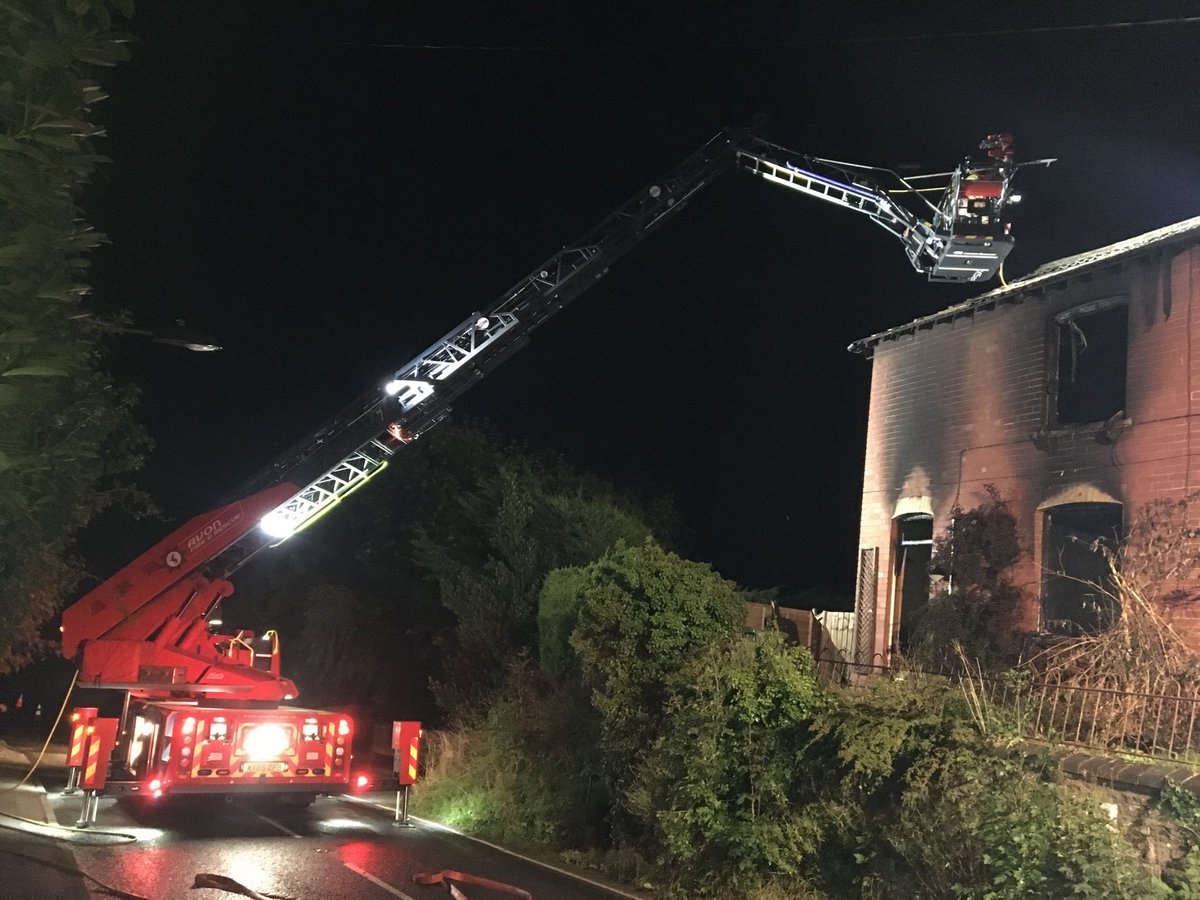 The fire was involving the ground and first floor of the property and spread to the roof void. Jets and high pressure hose reels were used to extinguish the fire and prevent it spreading to neighbouring properties.

One dog was missing during the incident but was found by firefighters and reunited with its owner.

Crews remained at the scene damping down and monitoring for hot spots.

The cause of the fire was thought to be accidental.