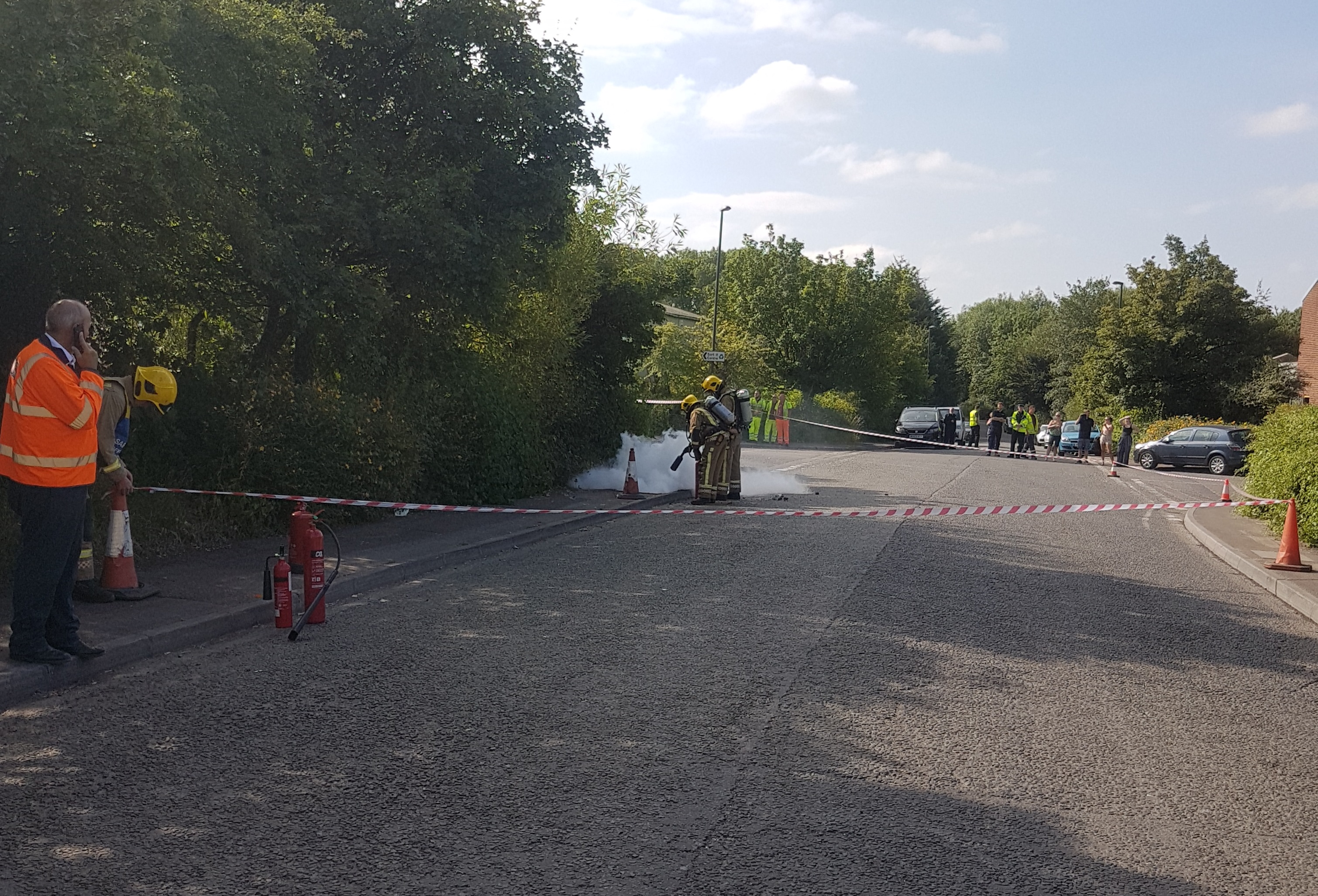 Crews from Yate fire station were called a manhole fire after flames and smoke were seen issuing from the cover.

Firefighters in breathing apparatus used three CO2 extinguishers to deal with the blaze after Western Power confirmed that power had been isolated.

They also used a thermal imaging camera to check for hotspots.

Police were in attendance and the incident was left in the hands of Western Power.