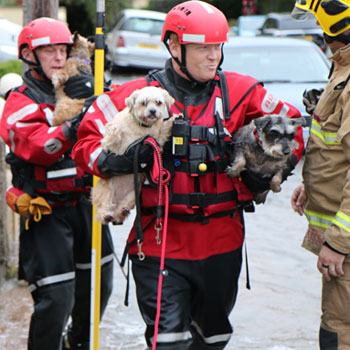 More than 20 homes were evacuated after a burst water main flooded a street in Kingswood.

Fire crews were called after the sudden rupture of the underground pipe caused thousands of litres of water to fill the road. Around 15 homes were directly affected by the water which was knee-deep in parts.

Firefighters in dry suits assisted in the rescue of 17 people from their homes, some of whom were helped to safety using an inflatable rescue raft. Six dogs were also removed from homes by the crews. The British Red Cross provided support to those displaced by the incident at a nearby church hall.

Staff from Bristol Water worked to isolate the water leak, however due to concerns that the leak may have caused damage to an underground gas main the decision was taken to evacuate around half a dozen homes in a near by cul-de-sac as a precaution.

Just after 21.30hrs gas engineers confirmed that the main had not been damaged by the water leak, and fire crews were able to leave the incident in the hands of the local authority and water board. 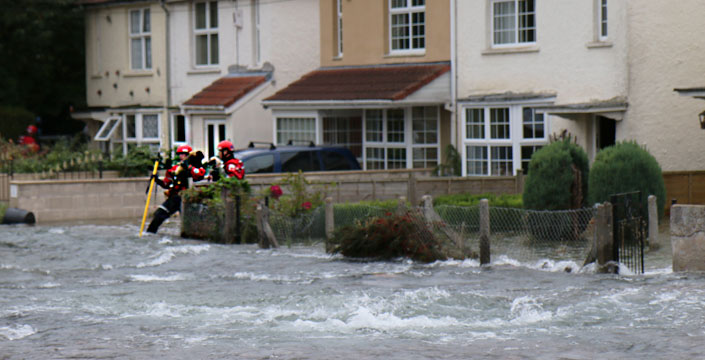