Restauranteur given suspended sentence for breach of fire safety laws 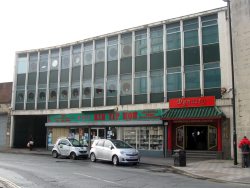 Avon Fire & Rescue Service (AF&RS) has welcomed the outcome of a court case in which a restauranteur from Bristol received a suspended prison sentence for failing to comply with the Regulatory Reform (Fire Safety) Order 2005.

At a hearing on Thursday 11 August, Mr Chong, who was the managing director and responsible person for the Dynasty restaurant on St Thomas Street in Bristol, pleaded guilty to six offences under the Fire Safety Order.

At Bristol Crown Court on Thursday 15 September Mr Chong was sentenced to six months in prison suspended for eighteen months and ordered to pay £2,000 towards costs.

The case was brought following a fire at the dynasty Restaurant on the 17 March 2015 where serious fire safety issues were discovered.

Included within the charges was:

• A failure to take general fire precautions
• Failure to complete a suitable and sufficient fire risk assessment
• Failure to keep emergency exits clear
• Failure to ensure that exits went to a place of safety
• Failure to maintain the fire alarm
• Failure to ensure fire doors and compartmentation was maintained
On sentencing His Honour Judge Neil Ford said: “People in positions like this must recognise that they owe a high duty of care not only to customers but to their staff. This was a series of breaches which occurred over a lasting period time. But for the fact of the extensive mitigation in this case (the defendant’s good character and the fact that he is a decent hard working man) an immediate prison sentence might have been appropriate.”

He added: “I would very much like to order full costs and to fully compensate the Fire Authority for the costs of their investigation which was quite properly brought. However in light of the defendant’s limited means I can only order a contribution to costs.”

Station Manager Steve Quinton, Technical Fire Safety Manager at AF&RS, said: “The sentence handed out by the judge should serve as a warning to any business of how seriously breaches of fire safety law are taken.

“In this case Mr Chong admitted his responsibilities however people were put at risk of serious injury due to the problems within the building and the fact the premises had a fire further showed how serious these failings were.

“All businesses are required to comply with fire safety legislation and we always try to work with businesses to improve safety and avoid the need to prosecute.”

The Regulatory Reform (Fire Safety) Order 2005 applies to all non-domestic premises in England and Wales. A responsible person must carry out a fire risk assessment and implement and maintain a fire management plan.

AF&RS works closely with businesses to ensure they comply with the regulations and staff are available to offer practical advice and assistance in this area.