Crews team up with Merseyside firefighters for hovercraft exercise 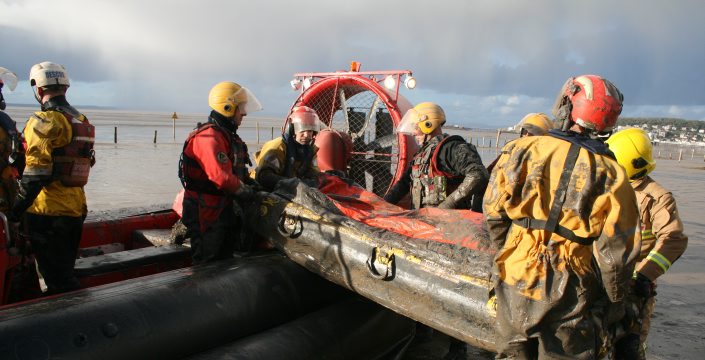 Firefighters who crew Weston-super-Mare’s rescue hovercraft will be training alongside counterparts from Merseyside Fire & Rescue Service during an exercise in Weston Bay today (Friday).

In 2008 Avon Fire & Rescue Service became the first fire service in the country to operate a rescue hovercraft which it based in Weston. The craft allows firefighters to provide a rapid response to rescue people who have become trapped in the sand at low tide.

The exercise will see a number of casualties, played by other firefighters and volunteers from North Somerset Council, being rescued from a number of locations in the bay.

During the mock rescues crew will be making use of a wide range of rescue equipment before transferring the injured back the beach and the care of paramedics.