Sixth formers from Clevedon School in North Somerset will witness the severe consequences resulting from someone choosing to drink or drug drive on Monday (26 September), when Avon and Somerset Police, Avon Fire and Rescue Service and Great Western Air Ambulance join forces to demonstrate the fallout from a bad decision. 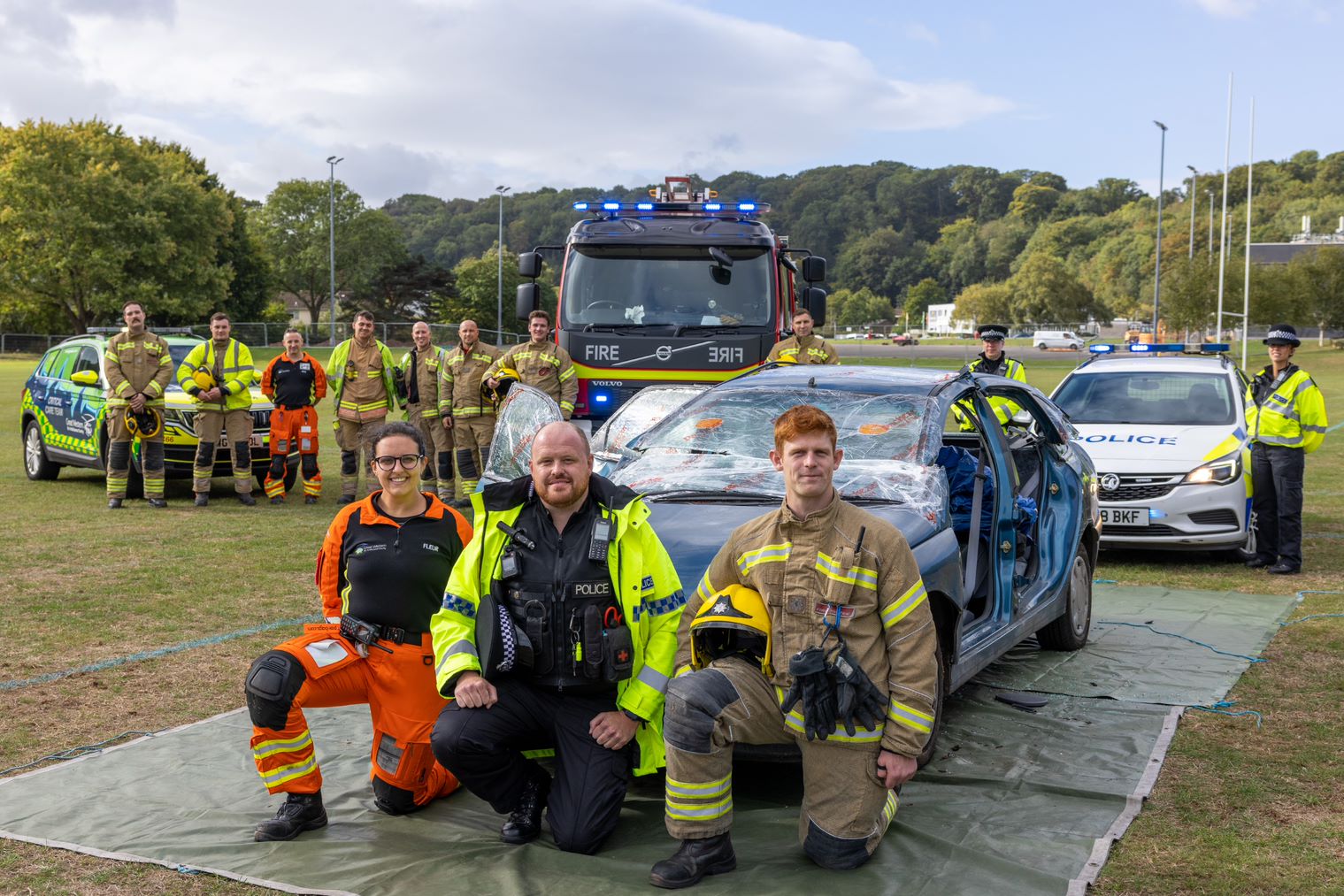 The Drink and Drug Drive Awareness Day involved an enactment, with students following the scenario of friends who have been out, had drinks and must decide whether to get a taxi home or risk driving.

With their judgement impaired by alcohol, they ultimately make the wrong choice - and students witnessed the aftermath of that decision as emergency services were called to attend a (staged) road traffic collision where a car had crashed and the passenger was trapped.

Afterwards, students saw what wise decision-making would have looked like, before taking part in activities and a question-and-answer session with emergency services teams.

Head of Sixth Form, Katie Whiting said: “This will be one of the most powerful re-enactments that any student could witness. It will send an extremely powerful message to our students and forms part of the wider, holistic goals of equipping our students for the next phase of their life”.

The awareness day has been organised by PC Ross Windsor, an Avon and Somerset Police Officer and former pupil of Clevedon school, who hopes it may be rolled out to other schools in the future.

“We are extremely proud that our former student Ross is now a police officer delivering valuable lessons to pupils in schools, including here at Clevedon School where he spent many happy years.” Katie added.

Andy Roebuck, Forensic Collision Investigation Lead for Avon and Somerset Police, said: “Few people estimate the physical and mental trauma a collision involving a drink or drugged driver can cause.

“From driver or passenger injuries to the stress of an ongoing police investigation, to the reduction in job prospects and guilt of potentially causing a person to live with lifelong injuries or worse, there are so many horrendous consequences that can result from a bad decision.

“We hope that what they see and learn from the awareness day will stay with these young people for life, positively shaping their own decisions around drink and drug driving.

“There is absolutely no excuse for getting behind the while whilst under the influence of drink or drugs.  We, as emergency services, see far too many lives ruined this way.”

Temporary Area Manager for Risk Reduction, Steve Quinton, echoed the sentiment, saying: “It’s vitally important that everybody understands that alcohol and drugs, even in small amounts, can affect your reaction times, judgement and co-ordination. The demonstration is another reminder to take heed of our safety advice and remember that it’s just not worth the risk.”

·       Do not drink or drug drive – and do not let anyone you know do so either. Your reaction time will be slower and you are more of a risk to yourself and others.

·       Plan travel arrangements in advance and arrange a designated driver who won’t drink or take any drugs and will take responsibility for getting everyone home safely.

·       Be aware of the risks of getting behind the wheel, not just on the evening of drinking, but also the morning after.

·       Having a large cup of coffee won’t clear the body of alcohol or dull its effects. The only thing that can sober you up is time.

·       When drinking at home it can more difficult to judge measures, so don’t drive.