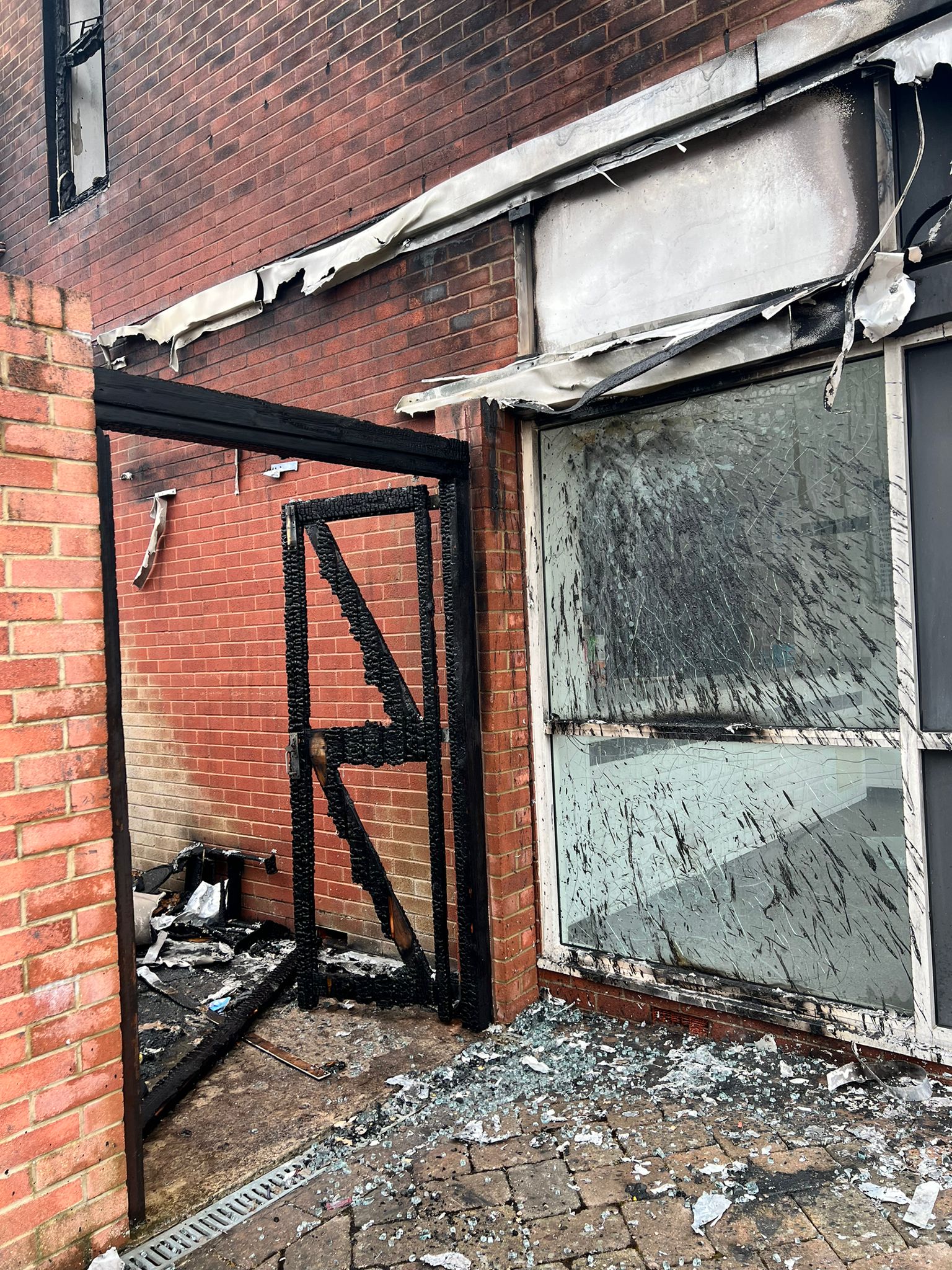 Crews from Weston-Super-Mare, Clevedon and Winscombe were called at 09:14 to reports of a fire.

On arrival, firefighters found a rubbish fire which was affecting a nearby takeaway and the flats above. Crews used a high pressure hose reel and one 45mm covering jet to extinguish the blaze. Two firefighters would breathing apparatus for safety. Thermal imaging cameras and gas monitors were also in use.

Residents were safely evacuated. Our police and ambulance colleagues were also in attendance.

The cause of the fire is thought to have been accidental ignition.