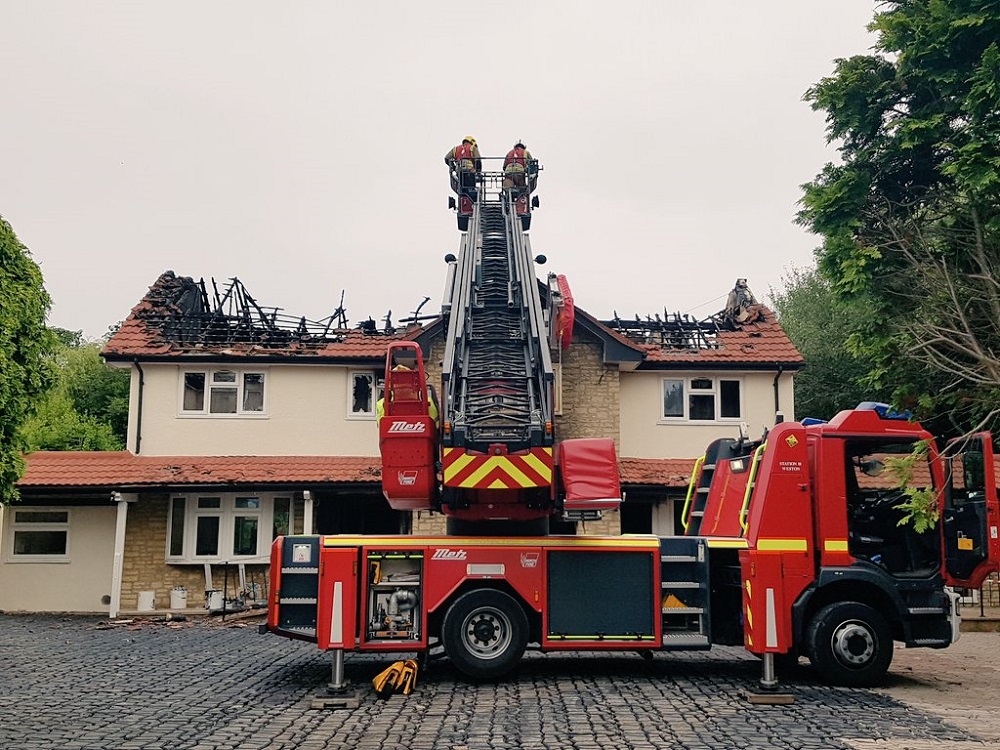 Crews from Weston, Clevedon, Yatton, Kingswood, Avonmouth, Patchway and Temple fire stations were called to a fire in a disused care home.

On arrival, firefighters discovered a fire on the ground floor that had spread to the roof area. Eight firefighters in breathing apparatus were deployed but soon withdrawn from the building due to a partial roof collapse.

They also used a thermal imaging camera to check for hotspots. Police were also in attendance and confirmed that no one was in the building and there were no casualties.

Once extinguished, Jet the fire investigation dog was used to search the property for the cause of the fire, but there was no positive identification of fuel.

The cause is thought to be deliberate.