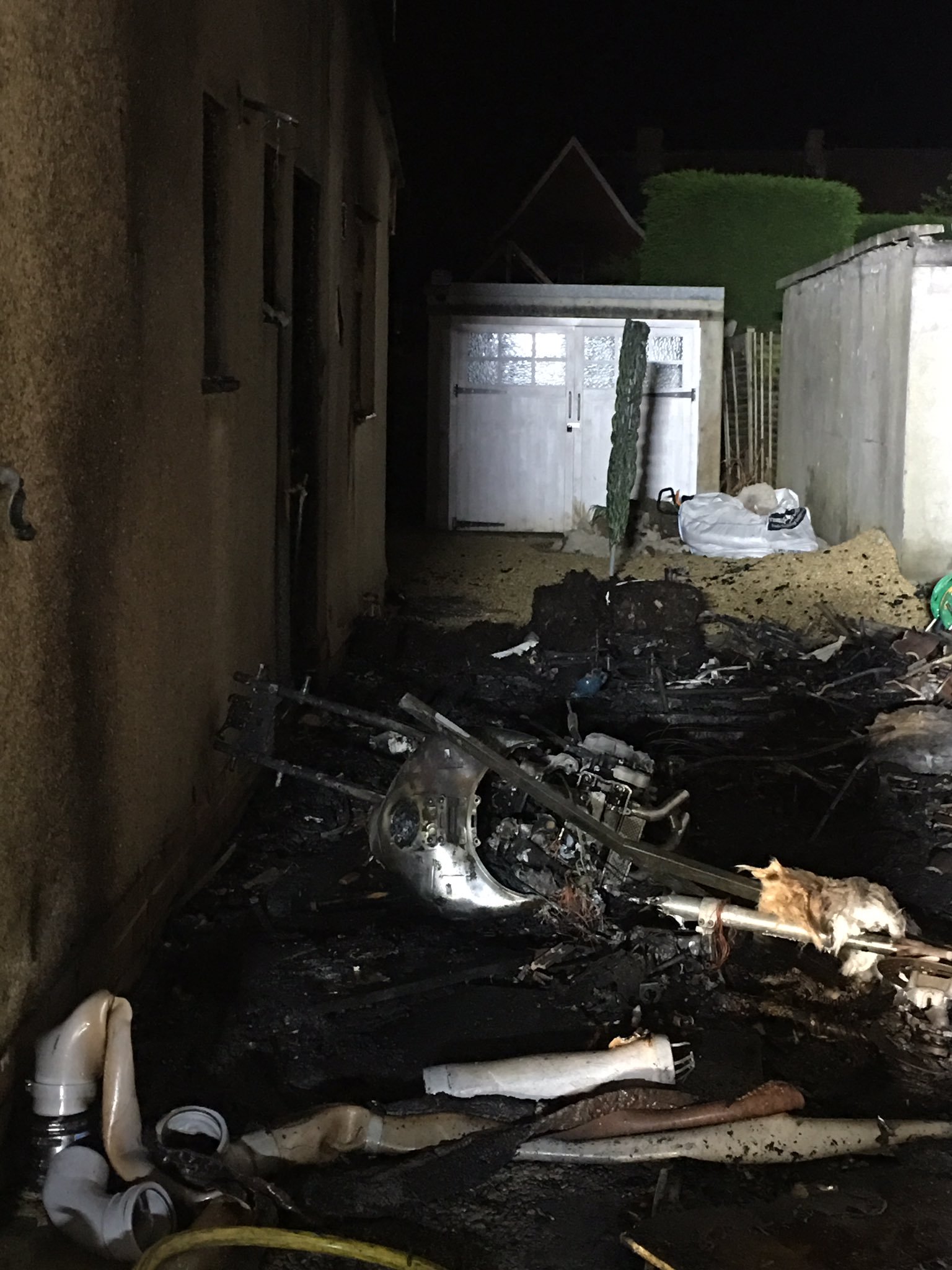 Crews from Clevedon, Nailsea, Weston-super-Mare and Avonmouth fire stations were called to a property fire which had spread to a neighbouring house.

They also used positive pressure ventilations fan to clear smoke from the property.

Gas and electric at both properties was isolated due to a melted gas line.

Three people were evacuated and assessed by ambilance crews at the scene. Police were also in attendence.

The cause is currently unknown.