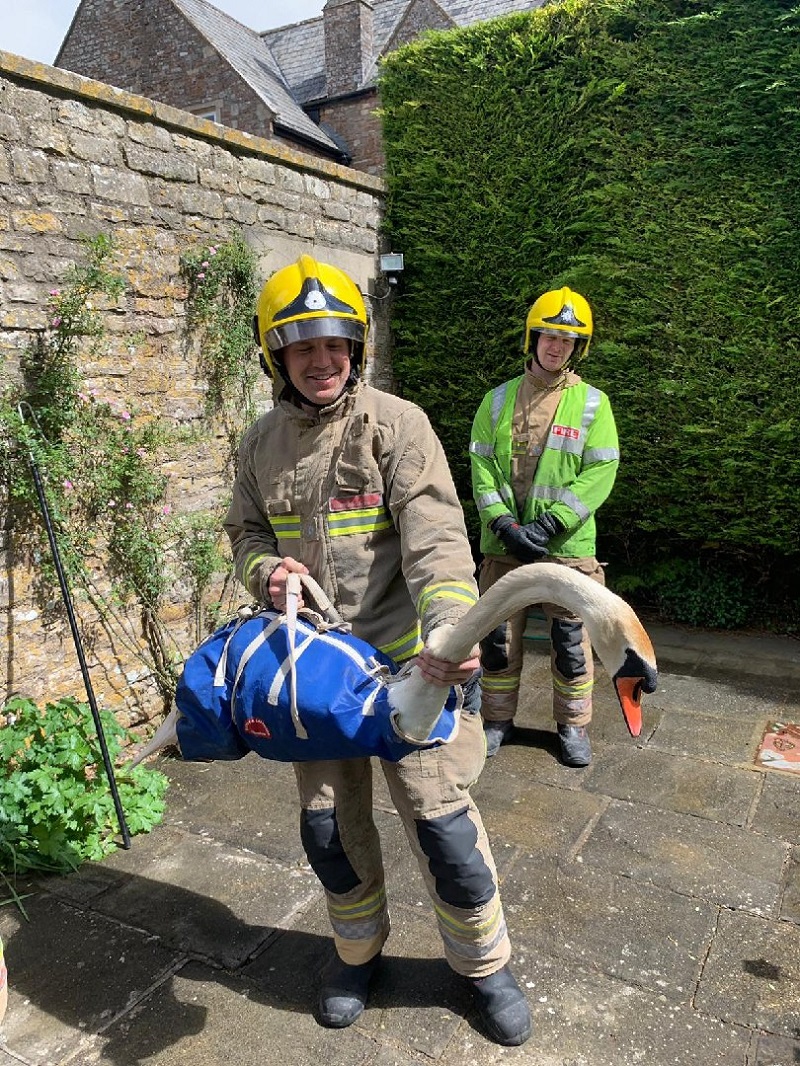 Crews from Bedminster and Chew fire stations were called by the RSPCA to a swan that had become stuck on a roof.

Having landed on the roof, the animal didn't have enough space to take off so needed to be assisted down.

Firefighters gained access to the roof and used a swan sling to safety bring the animal down before it was released unharmed.