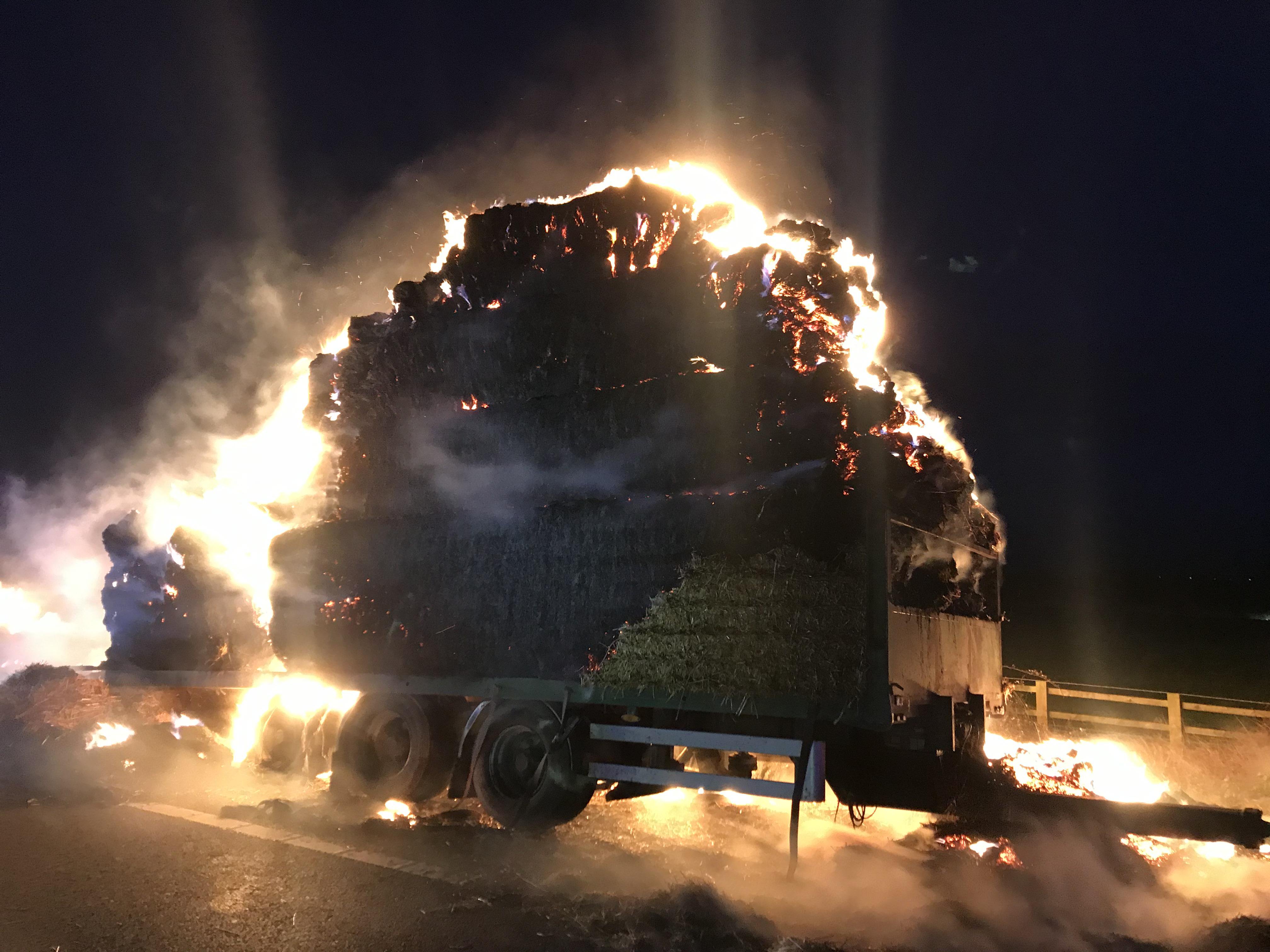 Crews from Avonmouth, Clevedon, Nailsea, Temple, Portishead and Bedminster fire stations were called to a tractor unit carrying 14 tonnes of hay on fire on the motorway hard shoulder.

The crews were also assisted by the Service's Portishead community responder.

Lanes one and two of the motorway were cordoned off for some time, where hay has spilt onto the carriageway, but lane three remained open to allow vehicles to pass.

With the assistance of a grab lorry to clear the hay from the carriageway, crews used drag forks to turn over the hay and damp down the area.

Firefighters were joined at the scene by police colleagues and Highways England.