Multiple crews from across the Service tackle industrial unit fire 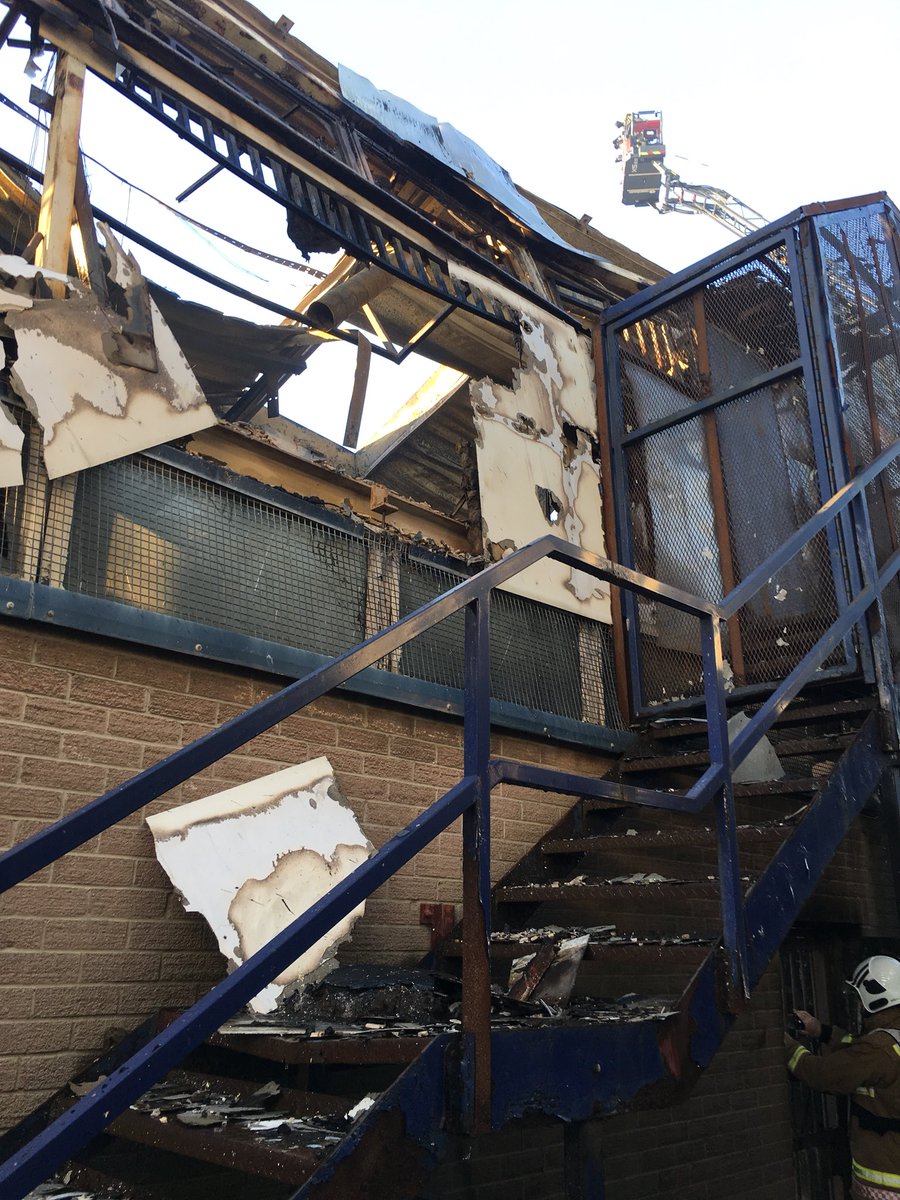 10 fire engines and two turntable ladders attended this incident at a building of two floors used as industrial units. There were thought to be a number of cylinders involved in the fire so crews initially applied water to the ground floor unit, where the fire originated using jets from a safe distance.

A 100m m cordon was put in place around the unit and anyone on the industrial estate within that cordon was evacuated with the help of police colleagues.

Once crews were confident thre were no futher cylinders involved, they were able to get closer to the fire with jets and the turntable ladders to bring it under control.

One crew remained at the scene overnight checking for hotspots with the use of a thermal imaging camera and damping down.