Horse rescued from ditch with help from farmer 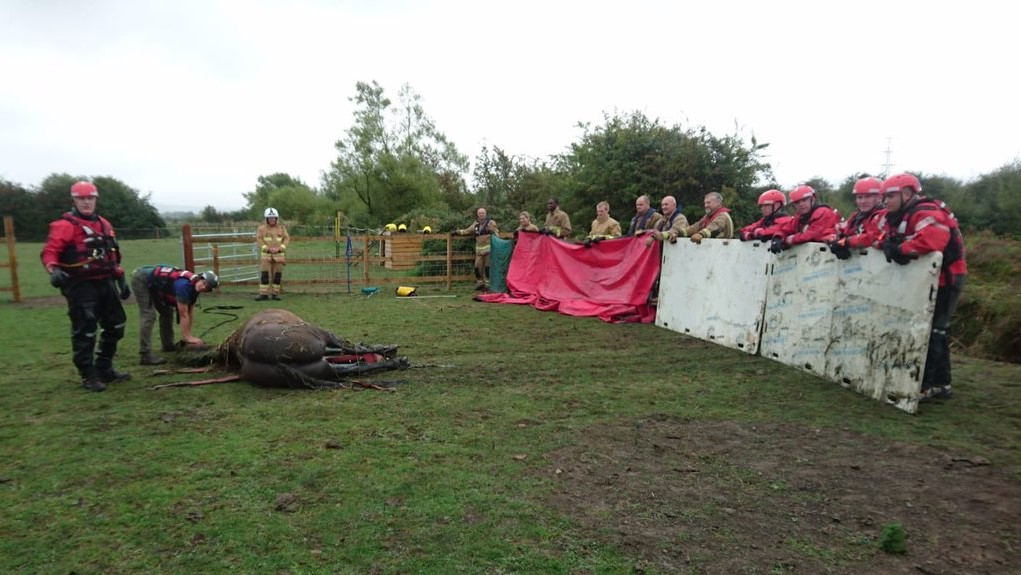 Crews from Weston-super-Mare, Bath and Bedminster fire stations were called to a 16 hand horse, called Apollo, that had become stuck in a water-filled ditch.

On arrival, they discovered the horse weighed nearly 500kg and a vet sedated the animal so firefighters could safely rescue it.

Crews managed to drag the horse from the ditch with assistance from the farmer's telehandler.

Apollo was unharmed during the incident and is making a full recovery following an assessment by the vet.