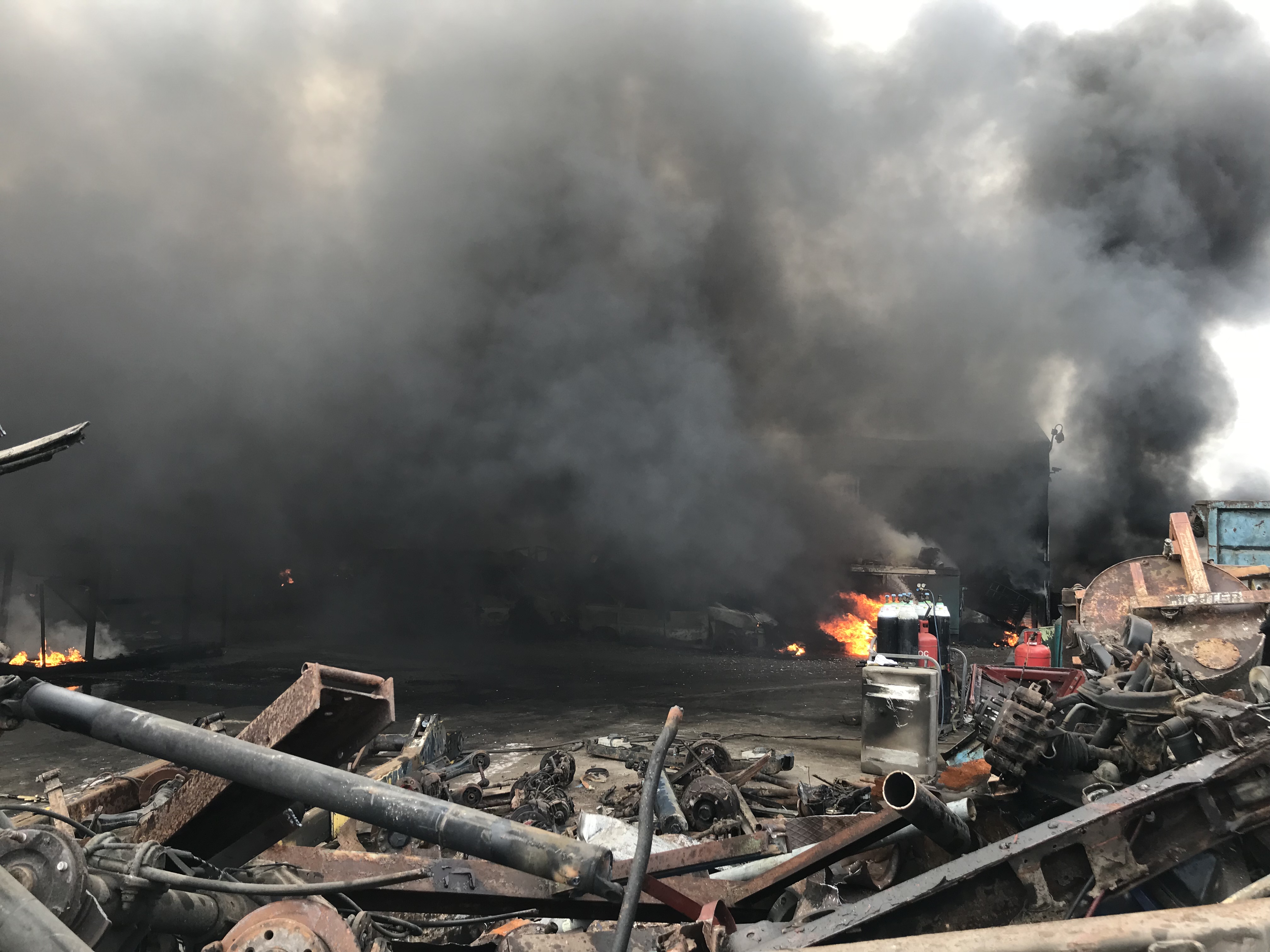 Crews from Bedminster, Nailsea, Hicks Gate, Kingswood, Temple, Yate, Bath, Portishead, Pill and Winscombe fire stations were all on scene at one point throughout the 11 hours incident.

At its height, 10 fire engines were on scene and more than 60 firefighters on the ground. 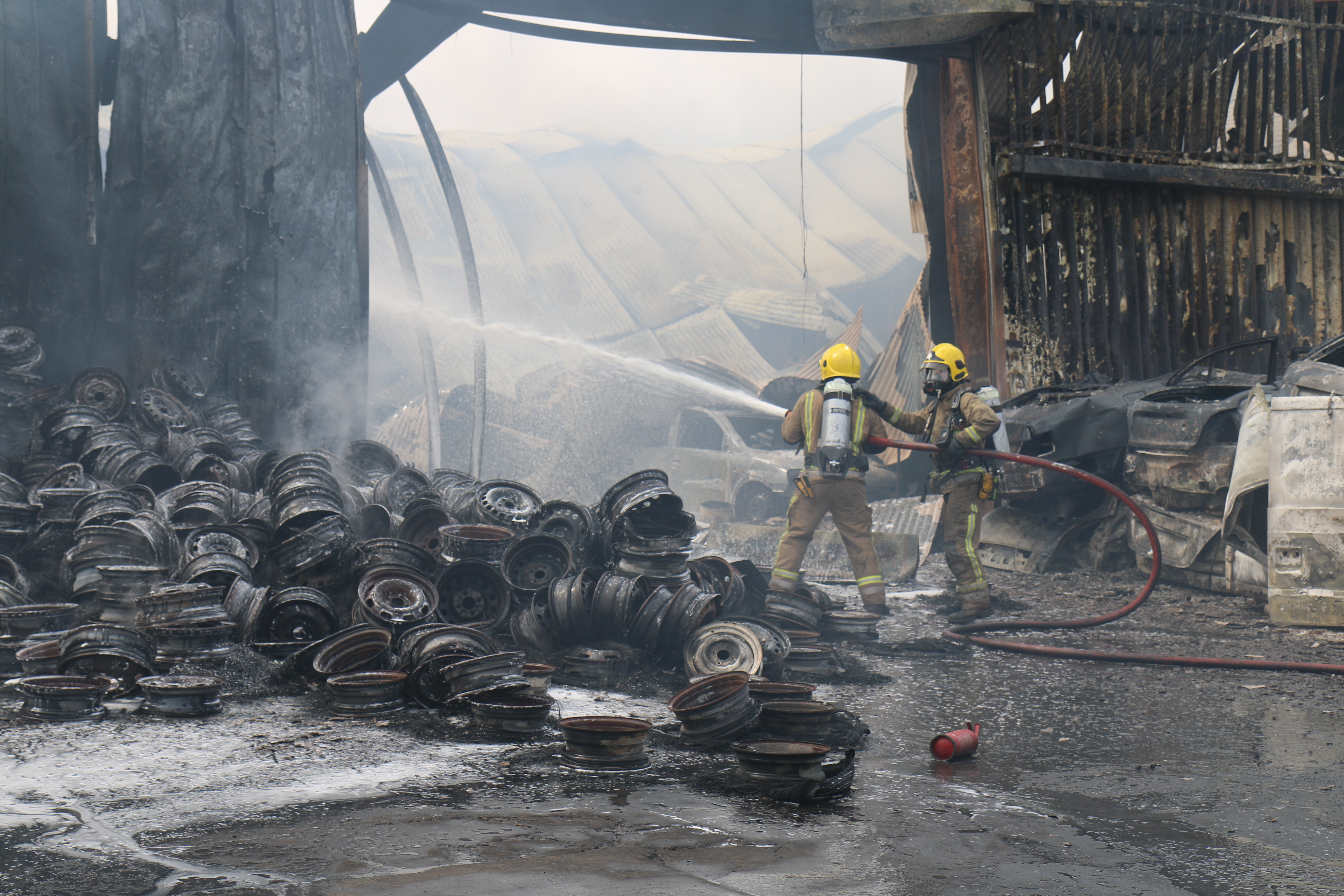 The fire, which started in a workshop, was sectorised and firefighters in breathing apparatus used a 45mm jet, a water monitor, foam attack and a turntable ladder to extinguish the blaze.

Police, Wessex Water and the Environment Agency were in attendance, while Bristol Airport was informed of the smoke plume.