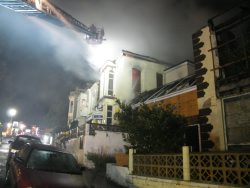 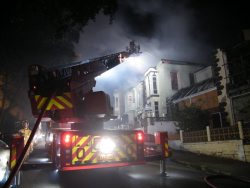 More than 50 firefighters tackled a fire in a disused hotel which spread to a neighbouring building.

When crews arrived at the incident they found a well-developed fire in the disused building which was spreading to a property next door via the roof.

At the height of the fire more than 50 firefighters were on scene with seven fire engines, a turnt

There were reports that some people were inside the building but all persons were accounted for. Crews remain on the scene this morning damping down and checking for hotspots.

An investigation into the cause of the fire will take place this morning.