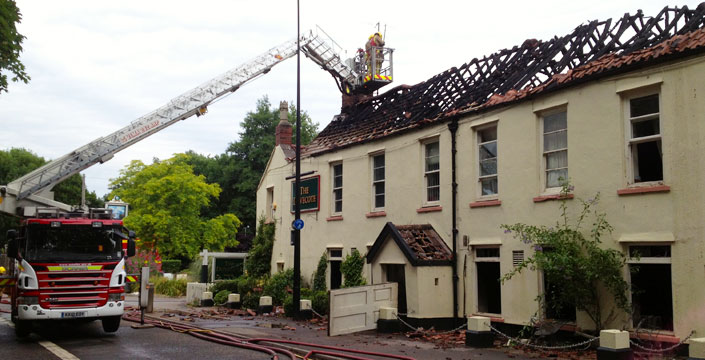 A fire has caused severe damage to the Dovecote pub at Long Asthon.

Crews were called after the occupant of the pub was alerted by an alarm. Once on scene firefighters reported a well-developed fire which was already involving large parts of the building and the roof.

At the height of the incident more than 50 firefighters from nine fire engines, including two aerial appliances, and support vehicles were involved in efforts to tackle the blaze at the Dovecote. Fire crews used four water jets to bring the blaze under control. The fire caused extensive damage to around 80% of the two-storey building.

The incident was also attended by the Red Cross Fire and Emergency Support Service from Somerset which provided emotional and practical support to those affected by the fire.

By 06.00hrs the fire had been extinguished and crews began damping down.

While further investigations into the cause of the fire are continuing, Avon Fire & Rescue Service is satisfied that the fire at the Dovecote Inn started accidentally in the roof space.

By 14.30hrs firefighters had left the scene, however the structure of the building remains unsafe as a result of the damage sustained by the fire. 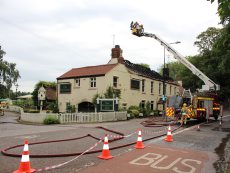 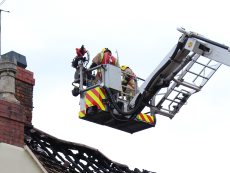 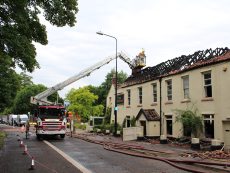