Celebrating Bristol Pride with our communities 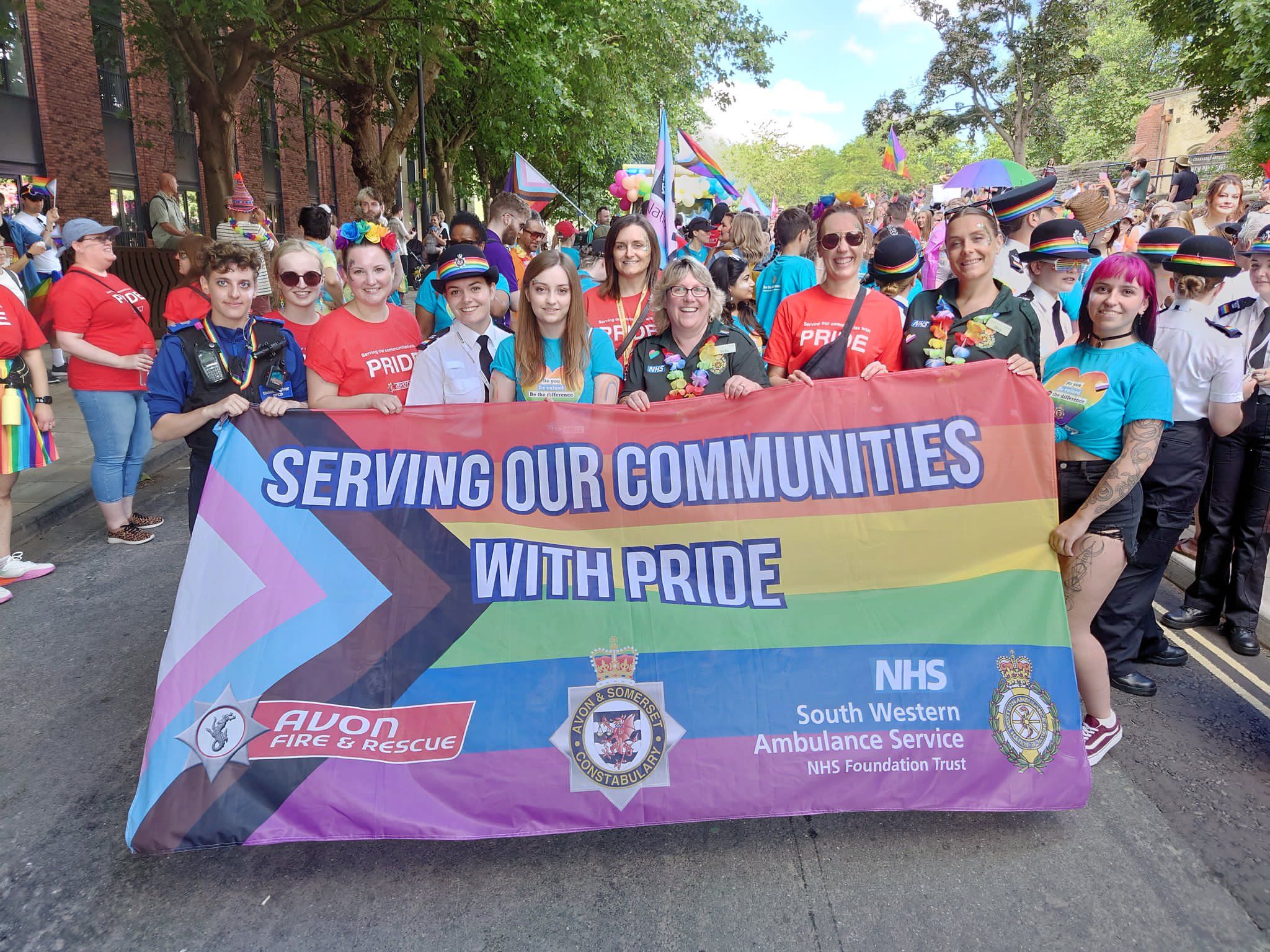 On Saturday (9 July), staff from across AF&RS came together to take part in Bristol Pride, a renowned annual Pride celebration in the city centre. Temple Fire Station hosted a healthy Big Pride Breakfast from 08:30, with local people and visitors coming along to fuel up ahead of the big day.

The event was free of charge and featured delicious authentic falafel from Yafo Ltd, as well as face glitter and make up. Also in attendance were local partners such as Avon and Somerset Police and ambulance service colleagues all celebrating Pride together.

After the breakfast event, crews and staff joined the annual pride parade which began at Castle Park, and made its way through the city centre. An estimated over 30,000 people attended and took part in the pride march. Walking with police and ambulance colleagues, staff sported red 'PRIDE' t-shirts and sang along to pride anthems played by an ambulance. A newly rainbow wrapped fire engine from Temple fire station also joined the parade alongside other emergency service vehicles.