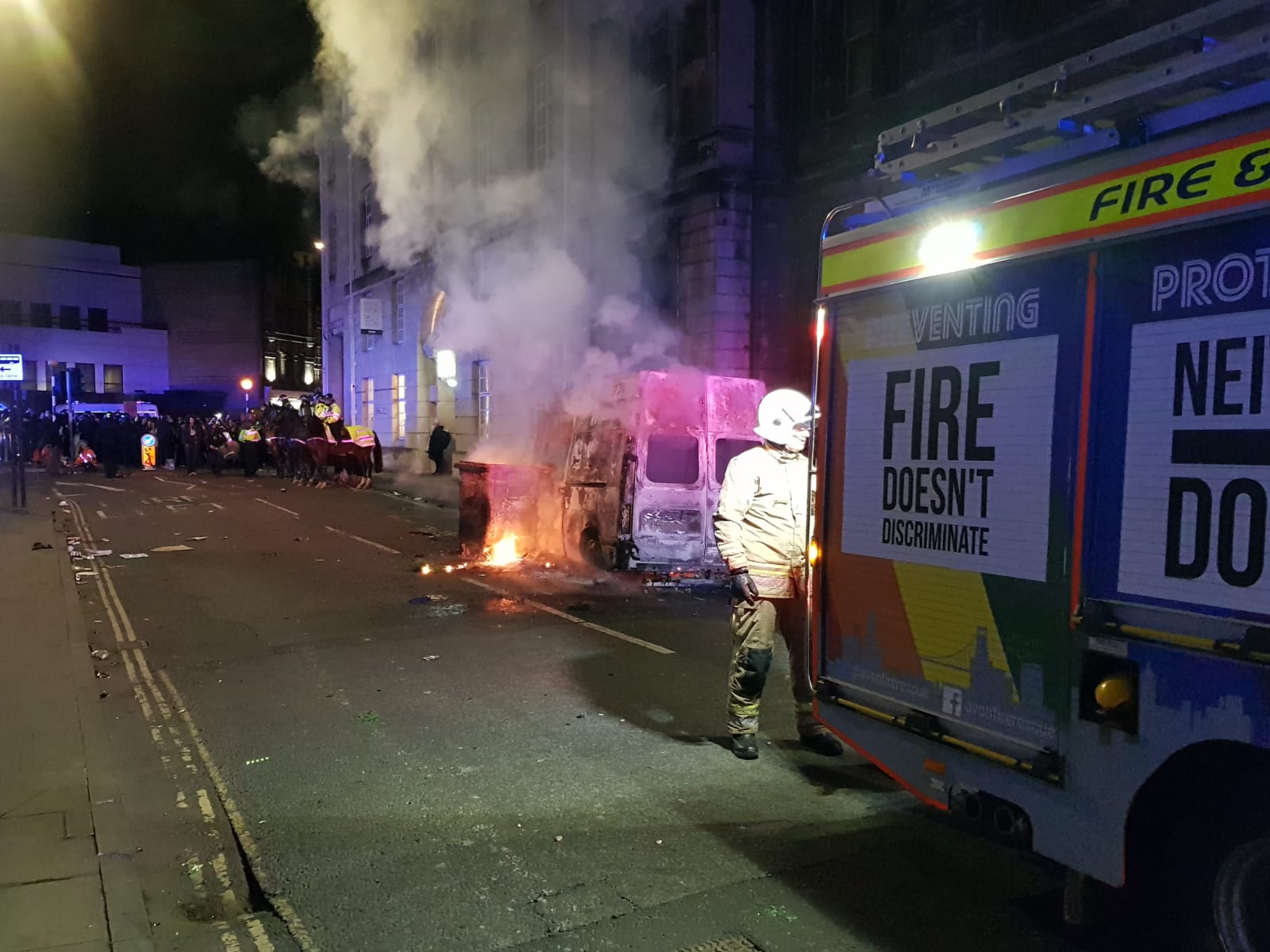 Avon Fire & Rescue Service’s (AF&RS) Chief Fire Officer, Mick Crennell has condemned the violence firefighters and other emergency services have been subjected to as part of the ongoing #KilltheBill protests in Bristol.

On Sunday (21 March) firefighters from Temple and Bedminster fire stations were called to reports of two vehicle fires near Nelson Street, Bristol in the midst of public disorder outside the Bridewell Police Station.

Crews arrived to extinguish multiple fires, keep local people safe and reduce destruction to vehicles, businesses and buildings in the area. Sadly, firefighters were faced with disorderly conduct as they concentrated on extinguishing the blaze.

“The men and women in our Service come to work every day to keep local people and communities safe, they do not deserve to face such violence and criminal behaviour and we’re relieved that crews did not receive injuries as a result.

“I’d like to thank Avon and Somerset Police colleagues for their support, their officers provided protection of our crews as they put their lives at risk to extinguish fires that had been subjected to arson.”

During the disorder, firefighters were victims of violence and bottles were thrown towards them as they put their lives at risk to protect our community; individuals who work hard every day to keep our communities safe.

With support of police officers on the scene, firefighters successfully prevented further fire damage to private businesses and extinguished two vehicle fires in the centre of the violent scenes of public disorder.

CFO Mick Crennell continued:  “At the end of last week, I joined Leaders from across the city in condemning the disorder that has and continues to take place in Bristol.  While I fully understand the strength of feeling around the right to protest, this can be done in many ways and should never result in violence.

“We must also remember we are still in a pandemic and have all undoubtedly seen many challenges and lost so much over the past year. However, despite seeing restrictions start to lift as part of the government’s four-step roadmap, it’s more important than ever that as communities we all continue to stay safe.”