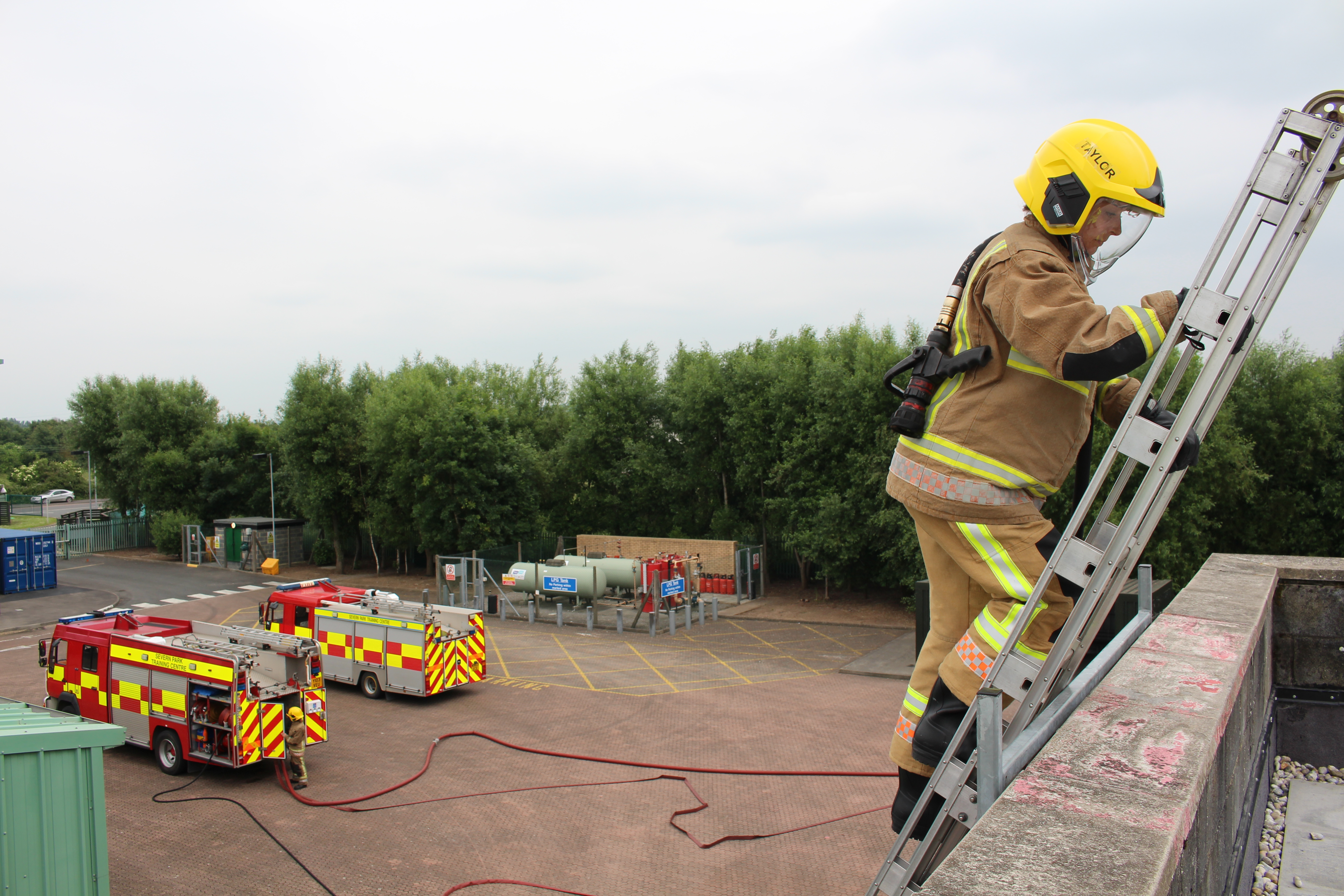 Daisy Roberts, from Bristol, has cerebral palsy and needs an operation to help her to walk unaided, which costs approximately £25,000 and is not funded by the NHS.

So far, through various fundraising and charity events, AF&RS has raised £13,719 towards the operation.

Having joined the service in May, 15 new recruits are now hoping to do their bit to raise more for the cause.

Taking to Cabot Circus in full gear and breathing apparatus, the recruits will have to climb a whopping 1,006 times to hit the 8,848-meter height of Everest.

Starting at 10am, they are hoping to complete the distance in around four hours with each recruit scaling the ladder around 65 times.

Helen Rogers, a Trainee Firefighter for AF&RS, said: “This is a fantastic cause and we are looking forward to doing our bit to help raise as much money as possible for Daisy.

“We knew when joining the service that it is like a family here and we were taken aback by how much they do for the community.

“We want to be part of that and help Daisy to get the treatment she needs.

“It will be a tough challenge and we know how hard ladder work can be from our training, but we are going to give it our all.

“Come down and get involved for a great cause.”

Now retired Firefighter Mike Collin, formerly of Avonmouth fire station, was the driving force behind the fundraising efforts and organised a number of challenges this year to raise the much-needed funds.

Now assisting the new recruits in their fundraising drive, he is happy to see the charity work continue.

Mike said: “Since Daisy’s mum got in touch to ask if there was anything we could do to help raise some money, it has been amazing to see the effort put in by everyone across the service.

“We’ve already raised a lot of money to help but there is still more to do. It is so wonderful to see the new recruits pick up the mantle and drive the cause forward.

“Avon Fire & Rescue Service does a lot for the community, and judging by this effort so early in their careers, the new recruits will fit in perfectly.

“Good luck to them and hopefully we can make a real difference for Daisy.”