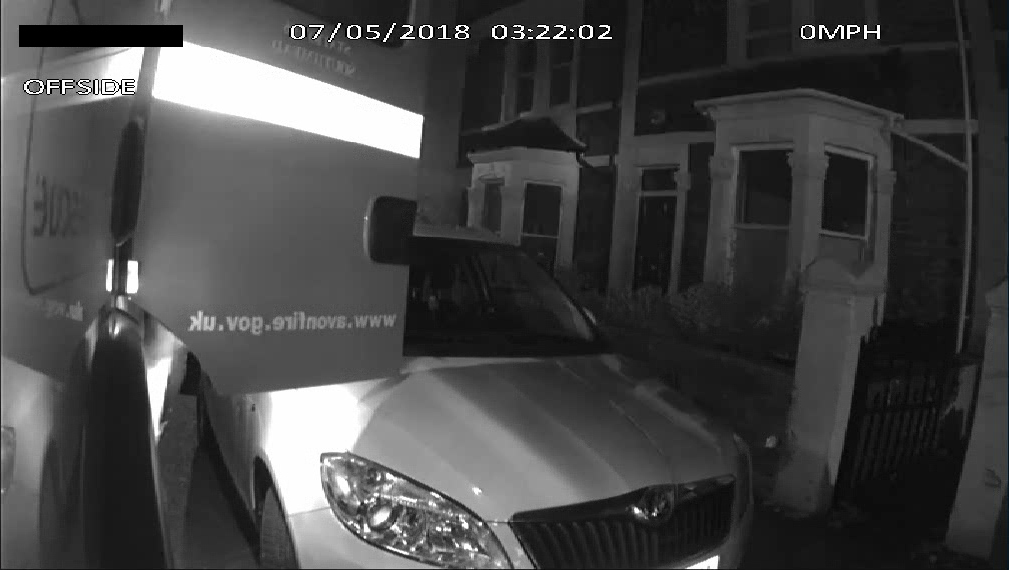 Between January and May 2018, crews were delayed attending at least 15 incidents because they had to reroute or abandon trucks due to lack of access.

This costs valuable minutes which make all the difference when our crews are on their way to an incident.

In the early hours of Monday 7 May, firefighters from Southmead Fire Station were called to a rubbish fire on Codrington Road, Bishopston, but were unable to access the road due to cars lining either side of one road en route.

Initially, crews tried to navigate along the narrow road surrounded on both sides by cars parked on pavements.

Unable to proceed, the truck then rerouted to the opposite end of the road but was again met by parking obstructions.

Firefighters were forced to approach the incident on foot, with one member of the crew having to remain on the fire engine. This caused a delay of around three to four minutes, all of which could have been fatal.

Thankfully, the fire was out on arrival and there was no danger to life but parked cars are becoming an increasing obstacle to the fire service.

Kevin Denford, Health and Safety Practitioner at Avon Fire and Rescue, said: “Minutes really can mean the difference between life and death when we are responding to an incident. Firefighters have to be able to navigate tight roads with large trucks when necessary.

“We appreciate that people want to be able to park outside of their homes and don’t do this deliberately but they have to help us to help them.

“We ask residents to please be considerate of how they park and to consider whether they could be putting lives at risk.”

Station Manager, Matt Crovetto added: “Drivers don’t always appreciate the size of a fire truck and park with only enough space for cars to pass. When we manoeuvre through tight streets, we can rarely travel at speed, if at all.

“We would like drivers to just think a little bit more about the space they are leaving, allowing enough space for us to pass. This really can be life or death so minutes of delay can make a big difference.”

·         Don’t park too close to corners, fire engines are larger than cars and need more room to turn

·         If you’re parking opposite someone, remember that a fire engine needs 3m, or two car widths, to pass safely

·         Make sure your wheels are straight and not sticking out

·         In narrow streets, only park on one side of the road where possible

·         Make sure you leave enough space for pedestrians on the pavement