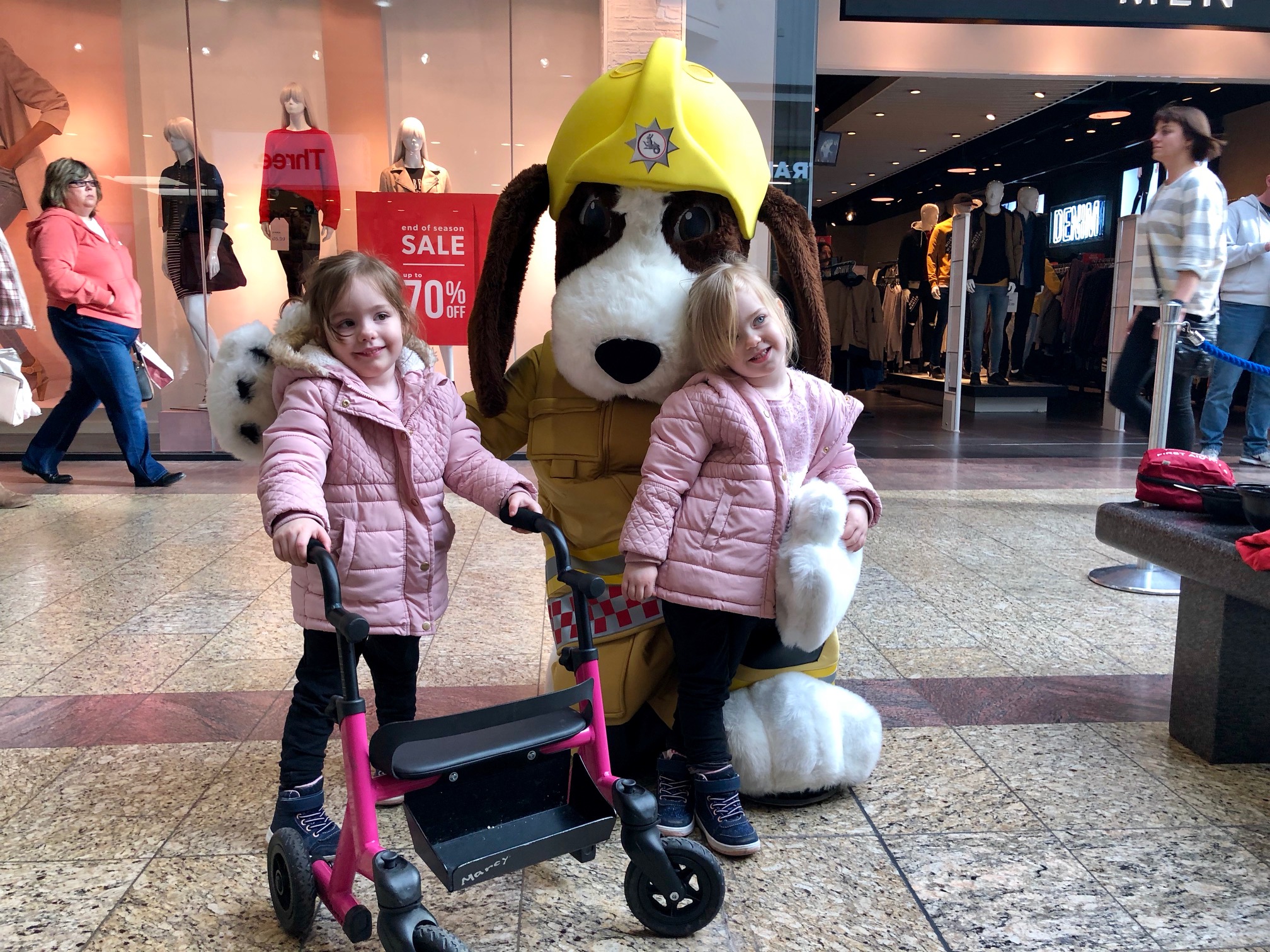 Three year old Daisy Roberts from Bristol has cerebral palsy and needs an operation to allow her to walk unaided, which costs approximately £25,000 and is not funded by the NHS.

Firefighter Mike Collin from Avonmouth Fire Station has organised a number of challenges to help raise these vital funds and the first of these took place at the Mall at Cribbs Causeway on Saturday 17 February.

Mike said: “Four years ago, I organised a series of challenges and we successfully raised enough money for five year-old Jaye to have the same operation that Daisy needs. This operation changed Jaye’s life, so when Daisy’s mum got in touch, I wanted to do what I could to give Daisy the same opportunity.

“A group of AF&RS staff took part in a six hour static triathlon on Saturday 17 February and thanks to their dedication and the generosity of the public, we raised £3,400.

“This is a great start to the campaign and I know Daisy’s family are really grateful to everyone for their support.”

This is just the beginning of the efforts for staff at AF&RS who will be putting themselves through their paces to raise as much as they can for Daisy. The next challenge on Saturday 24 March involves tackling the 30 mile West Mendip Way, from Wells Cathedral to Uphill in Weston-super-Mare.

The final event is a 60 hour challenge at Cabot Circus, Bristol, taking place over five days from Friday 4 May until Tuesday 8 May.

Mike is encouraging as many of his colleagues as possible to support this event and they’ll be using rowing machines, cross trainers, treadmills and spin bikes to cover 1,200 miles over the five days.