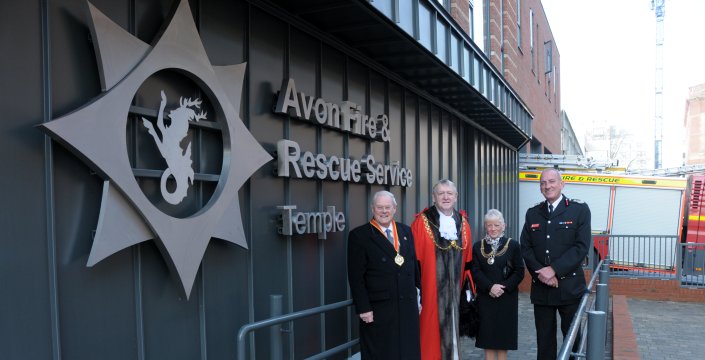 The Lord Mayor of Bristol, Councillor Jeff Lovell, was in familiar surroundings today (Friday 16 December) when he officially opens the new fire station at Temple Back.

The event represents something of a homecoming for Councillor Lovell who was based at the Temple Back site in 1975 during his initial training to become a firefighter. He enjoyed a 30-year career with the then Avon Fire Brigade before retiring in 2005.

The Lord Mayor was been invited by the Chairman of Avon Fire Authority, Councillor Peter Abraham, to officially open the fire station which became operational in November.

Construction work began in July 2015 on Temple Fire Station which has been built on one end of the site currently occupied by the Service’s Headquarters and the old fire station.

The original Temple Back Fire Station and Headquarters was built in 1973, but due to the projected costs of continuing to maintain the building officers explored alternative options in order to reduce overheads.

It was announced earlier this year that the Service’s Headquarters function would be moving to the site of the Police Headquarters at Portishead. By building a new fire station on a smaller footprint AF&RS will be able to generate income by releasing the remainder of the almost two acre site for redevelopment.

Built at a cost of £4.4 million the new station is crewed around the clock and is home to two fire engines and a turntable ladder, as well as the Service’s rope rescue team. The new station will also provide a base for local Police Community Support Officers.

“I have some great memories of my initial training at Temple way back in 1975, just two years after the former station opened.

“My ‘passing out’ confirmed I was not only a firefighter but also a member of a wonderful family. My 30 year journey with the Brigade has left me with many treasured memories and friends and opening the new station is the icing on the cake.”

Councillor Peter Abraham, Chairman of Avon Fire Authority, said: “Since it opened last month crews from Temple Fire Station have already attended almost 400 incidents – everything from fires and road traffic collisions to water rescues and rope rescues. This is all in a month’s work for a modern fire and rescue service and reinforces why this fantastic new station is so needed in the centre of Bristol.”

The redevelopment of Temple Fire Station is one part of the Service’s cost saving ‘Investing for the Future’ programme. The works have already seen the extension of Kingswood Fire Station and the opening of a new fire station at Hicks Gate in April. 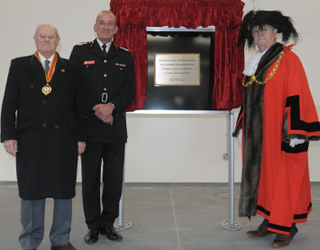 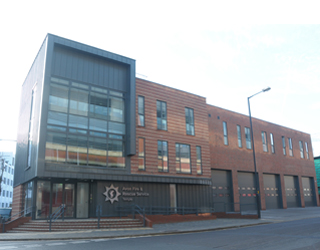