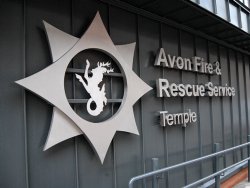 Construction work began in July 2015 on the station which has been built on one end of the site currently occupied by the Service’s Headquarters and the old fire station.

The original Temple Back Fire Station and Headquarters was built in 1973, however in 2013 the cost of maintaining the building over the next 10 years was estimated at £9 million. This prompted AF&RS to explore alternative options in order to reduce overheads.

It was announced earlier this year that the Service’s Headquarters function would be moving to the site of the Police Headquarters at Portishead. By building a new fire station on a smaller footprint AF&RS will be able to generate income by releasing the remainder of the almost two acre site for redevelopment.

The new station is home to two fire engines and a turntable ladder, as well as the Service’s rope rescue team. Eleven firefighters will crew the station around the clock ensuring exactly the same level of cover as the old Temple Fire Station.

The new station will also provide a base for local Police Community Support Officers.

Temple Fire Station was built by Willmott Dixon at a cost of £4.4 million.

Councillor Peter Abraham, Chairman of Avon Fire Authority, said: “This wonderful new station allows us to meet the needs of this modern service in a building that will be considerably more efficient to run, occupying a smaller footprint.

“Although we are moving the AF&RS Headquarters away from the city centre we are absolutely committed to ensuring a strong operational presence in central Bristol. Like its predecessor I’m sure this new station will serve the City well for many years to come.”

The redevelopment of Temple Fire Station is one part of the Service’s cost saving ‘Investing for the Future’ programme. The works have already seen the extension of Kingswood Fire Station and the opening of a new fire station at Hicks Gate in April.

Chief Fire Officer Kevin Pearson said: “We have embarked on an ambitious programme of works which will lead to significant savings to the public, but importantly with no reduction in the level of emergency cover we provide.” 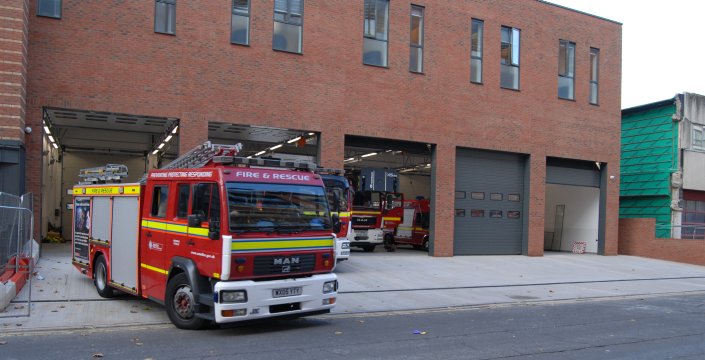