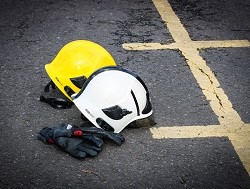 Crews from Temple and Bedminster fire stations were called to reports of a fire.

On arrival, crews found a small fire in caused by smoking materials in an underground car park.

Firefighters used one high pressure hose reel to extinguish the fire and a thermal imaging camera to check for hotspots.

Around 200 people were evacuated as a precaution.