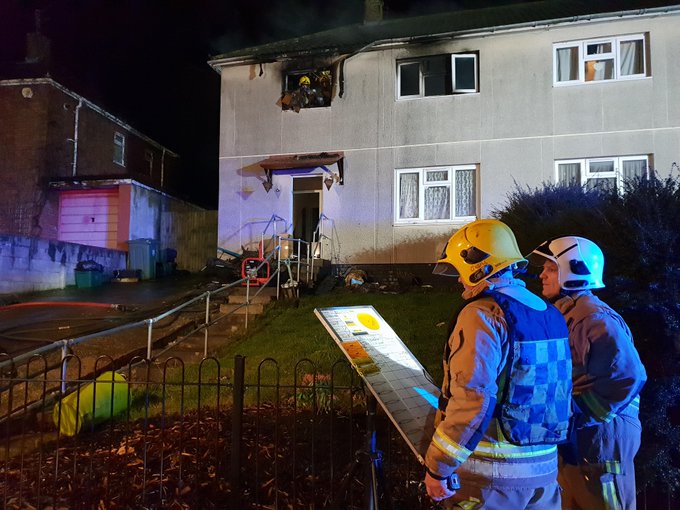 Two crews from Bedminster and two crews from Temple fire station were called to a fire in a first-floor bedroom of a semi-detached property.

Crews then began turning over and damping down the area and a positive pressure ventilation fan was used to clear smoke.

One dog was rescued from the property and despite receiving treatment from the fire crews at the scene, the dog sadly passed away.

We are assisting the police in relation to the incident and the cause of the fire is thought to be deliberate.