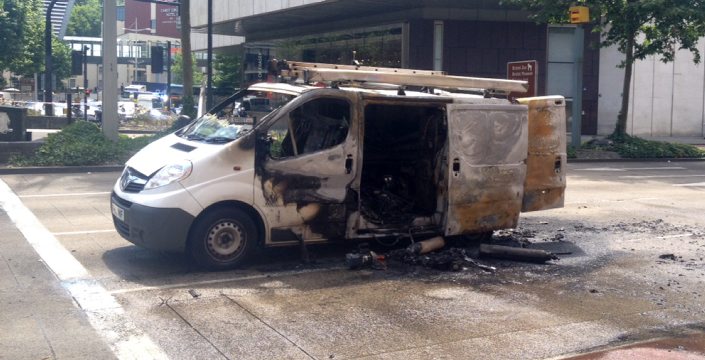 Fire crews have dealt with a fire involving a van on Bond Street in Bristol.

Two fire engines from Temple Fire Station and one from Bedminster Fire Station were called and once on scene found the van well alight.  The driver and a passenger were out of the van when crews arrived and had managed to remove cylinders from the rear of the vehicle. It's thought a number of cylinders also remained in the van.

Crews used jets and high pressure hose reels to bring the fire under control. As the cylilnders had been involved in the fire firefighters began a cooling process to ensure they posed no risk. Regular checks were made of the temperature of the cylinders. Cooling continued until 12.30pm for safety reasons.

Bond Street by Cabot Circus was closed in both directions along with Newfoundland Street and Newfoundland Circus. Once crews were satisfied the cylinders posed no risk partial road reopening began at 12.45pm. 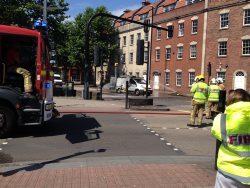 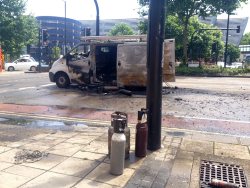