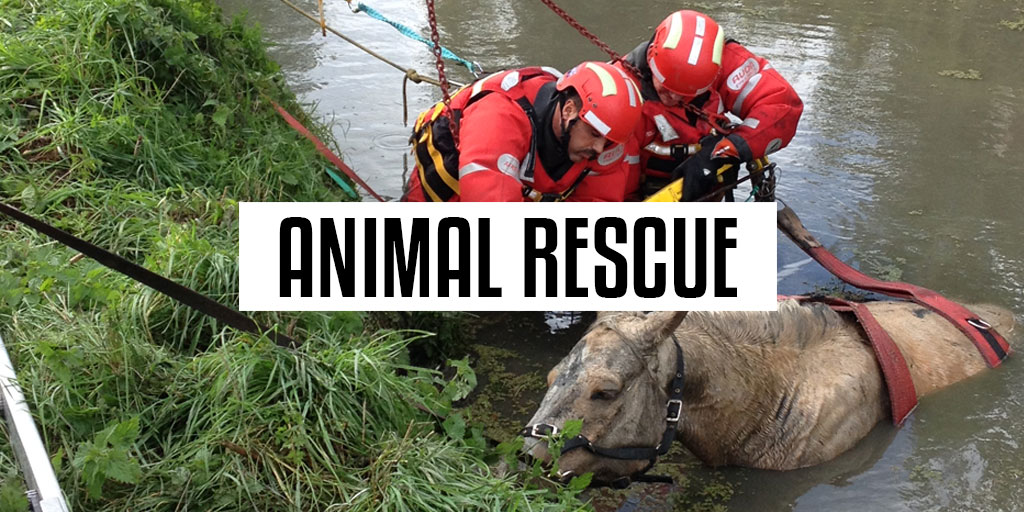 We were called at 17:59 to reports of two animals trapped on farm land on Tyning Road, Bathampton.

Crews from Bath and Beminster fire station attended the incident and found a horse, a donkey and two members of the public, cut off from main farm land due to flooding.

Both animals and members of the public were led to safety by swift water teams using an inflatable raft and animal rescue techniques including swadling poles and small gear.