Don’t let your guard down as the temperature rises

Don’t let your guard down as the temperature rises 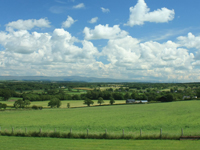 As the temperature soars and people spend more time outside, Avon Fire & Rescue Service (AF&RS) is warning them not to put their safety at risk.

Over the last few days there have been a number of incidents where crews have been called to deal with disposable barbecues being put into bins before they are cool, people needing rescue from the water and grass and tree fires.

Fortunately, none of the incidents have led to anyone being hurt.

However, firefighters would like people to take care while enjoying the warm weather.

AF&RS Station Manager for Community Safety, John Rides, said: “We all love to get outdoors when the weather is warm but there are hazards lurking all around.

“Swimming in lakes and rivers can be dangerous even for a strong swimmer, alcohol will slow your reaction times and attempting to swim after drinking can prove fatal”

“Over the last few days we have also attended a number of incidents where disposable barbecues have been placed in dustbins before they are cool. This has led to fires starting, which could have spread to nearby buildings and endangered lives.

“The dry conditions also mean we have been dealing with grass and tree fires either caused accidentally or in some cases deliberately.

“Take advantage of the warm weather, but make sure you don’t endanger yours or anyone else’s lives.”

Safety advice for enjoying the outdoors:

• Don’t attempt to swim in rivers and lakes if you have been drinking alcohol. It can slow your reaction times and even the strongest swimmer will get into trouble.
• If you’re having a BBQ, keep a bucket of water, sand or garden hose nearby.
• Make sure you fully extinguish disposable BBQs before putting them in the bin.
• Fully extinguish your cigarettes and take any litter home with you when eating in public places.