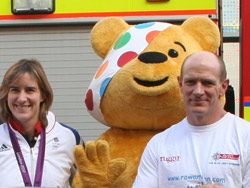 Britain’s most successful female rower Katherine Grainger, CBE, MBE, presented a team of record-breakers with certificates to honour their achievement.

The ten-strong AF&RS team set a new British record last November for rowing one million metres – or 625 miles - on a Concept 2 rowing machine.

In the process, they raised more than £6,300 for the BBC Children In Need appeal.

The AF&RS team knocked more than 81 minutes off the previous record, completing the gruelling task in 64 hours, 30 minutes and 53.8 seconds.

It all happened in the Pit at Cabot Circus, ending on Children in Need night on Friday 16 November.

Olympic gold medallist Katherine visit AF&RS Headquarters to present certificates to the team and to hand over a cheque to the charity mascot, Pudsey the Bear.

Each of the AF&RS rowers had a dedicated supporter alongside them to record, witness and sign the individual performances in support of the record claim.

One of the organisers, Firefighter Mike Collin, said: “It was a truly remarkable effort from all members of the team.

He said the icing on the cake was when Katherine agreed to present the certificates.

“She responded so positively, we were absolutely delighted, and we are very grateful to her for giving up her time.” 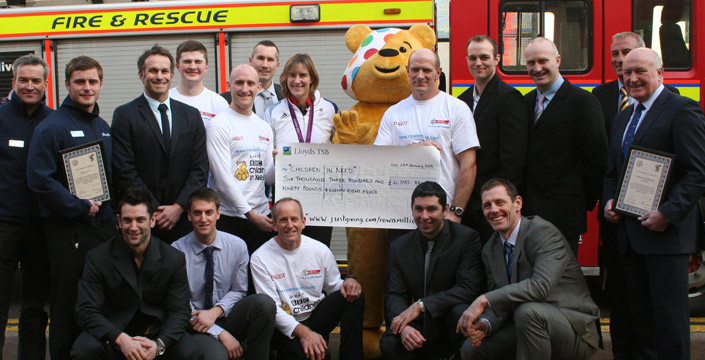