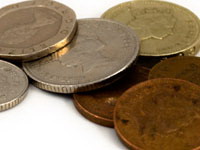 The decision was taken to safeguard the future of Avon Fire & Rescue Service and to protect frontline services.

Despite the increase, Avon remains one of the lowest precepting fire authorities in the country, with the average Band D precept for all Combined Fire Authorities in England £67.70.

Although a one off grant was available from the Government if Members had voted to freeze the Council Tax precept, this was rejected. With the grant only available for 2012/13, accepting it would have meant significant savings would need to be made in the following year when the grant will no longer be available.

Avon Fire Authority Chair, Councillor Terry Walker, said “I accept that this was a difficult decision for Members, as no-one wants to see household budgets squeezed, even if it is by a very small amount.  However, the decision to freeze the Council Tax precept again this year would have led to much more difficult decisions beyond 2013, including the possible reduction in frontline staff numbers and/or fire station closures.  As a Fire Authority we have a duty to ensure that an effective fire and rescue service is in place to serve our communities”.