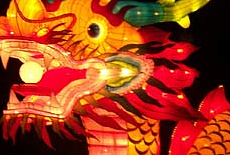 With hundreds of Chinese New Year celebrations being held this weekend, Avon Fire & Rescue Service (AF&RS) is urging people to take steps to ensure the celebrations don’t turn to tragedy.

More than 50% of all fires attended by AF&RS start in the kitchen and often involve cooking with oil or cooking left unattended.

Many members of the Chinese community will be welcoming the Year of the Dragon on Monday 23 January with a special family meal, so AF&RS is offering some advice to help reduce the risk of fire breaking out.

AF&RS Community Safety Officer, Watch Manager, Lee Wright, said: “There are large numbers of people from the Chinese community living within the Avon area and we know many of them will be celebrating the New Year by having a meal with their friends and family.

As cooking is our biggest cause of fire we’d like to offer some advice to those taking part in celebrations to help them reduce the risk of fire in their home.

As well as following our advice we would urge everyone to ensure they have a working smoke alarm in their home and that they check the battery is working at least once a week. If a fire does break out the smoke alarm will alert the occupants and give them vital extra minutes to escape.

Many Chinese New Year celebrations may also include the use of Chinese lanterns, although Avon Fire & Rescue Service strongly discourages their use.

However, if anyone using the lanterns is asked to consider the local environment and intended flight path before launching them.

You can view more ssafety tips on our safety pages.