AF&RS recognised for contribution to changing the face of diversity 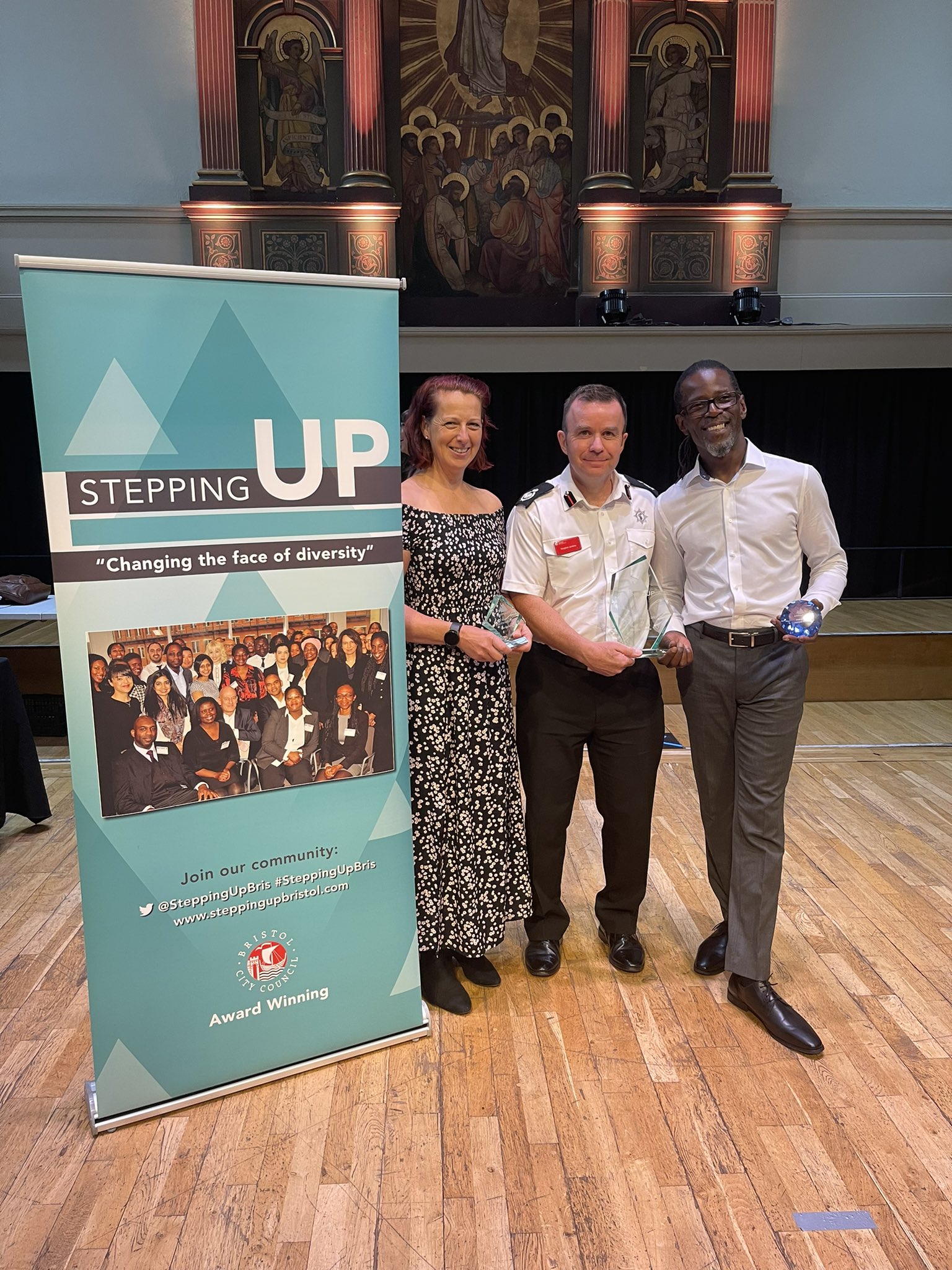 Avon Fire & Rescue Service (AF&RS) has been recognised for its outstanding contribution to Bristol’s Stepping Up Diversity Program, a program that the Service has supported since its inception in 2018.

The ‘Outstanding Contribution to Diversity Award’ was presented to AF&RS by Avon and Somerset Police Chief Constable Sarah Crew and Museji Takolia CBE, Chair of Commission on Race Equality at the Stepping Up Awards on Saturday 18 June.

Richard Stokes, AF&RS Diversity and Inclusion Manager also received a Rising Star Award for his work in changing the face of diversity both within the fire service and in the wider local community.

Alongside her cohort, Watch Manager Anna James graduated the 12-month program as well as received recognition for the charity work project completed by her working group during the year.

Temporary Assistant Chief Fire Officer (T/ACFO) Vaughan Jenkins said: “I was really pleased to represent Avon Fire & Rescue Service at the recent Stepping Up Graduation Ceremony. It was great to see two of our staff take to the stage; firstly, Watch Manger Anna James as she graduated from the Stepping Up Programme following 12 months of hard work.

“In addition, AF&RS Diversity and Inclusion Manager, Richard Stokes, was recognised with a Rising Star award in recognition of his work in the Diversity, Inclusion, Cohesion and Equality (DICE) field both within the Service and the wider communities we serve, as we seek to be an inclusive employer of choice for all persons.”

Stepping Up Bristol is an award-winning program for excellence in diversity and mentoring. The program aims to unlock potential and develop talent while ensuring a fair representation of Black and Minority Ethic, disabled people and women in positions of leadership.

Vaughan continued: “It was also especially pleasing to see the work of AF&RS as a whole given recognition and awarded with an “Outstanding Contribution to Diversity Award” which recognises the progress we as a Service are continuing to make on our cultural journey and implementation of our DICE strategy.

“Particular credit should go to our DICE, Human Resources and Media and Communications teams who are at the forefront of everything we do as we seek to increase the diversity of our workforce to better reflect the communities we serve.”

Since its inception nearly 150 participants have graduated from the program, which has included multiple AF&RS members of staff, providing them the chance to ‘step up’ in challenging roles across the public and private sector.

For more information about Stepping Up Bristol visit www.steppingupbristol.com