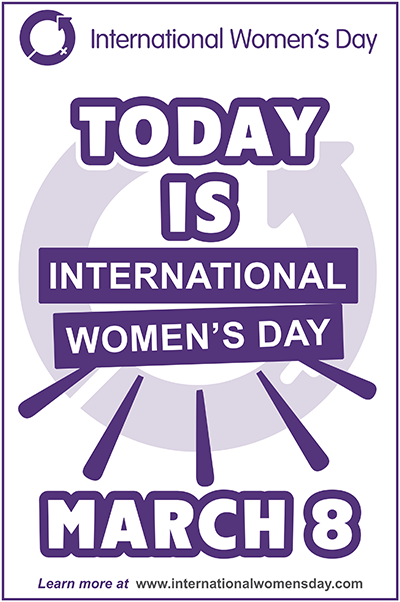 This year’s theme is #BreakTheBias, which looks to celebrate women’s achievements, raise awareness of bias against women and encourage action for equality.

Ahead of our upcoming wholetime recruitment campaign, we are proud to reaffirm our commitment to the ongoing support of equality for women in the workplace. The Service has chosen to mark IWD 2022 with a range of eye-opening and thanks-giving initiatives, ensuring that female colleagues feel valued.

Staff have been encouraged to send special IWD themed e-recognition cards to recognise inspirational women and allies across the organisation. These online cards serve as a reminder of the importance and relevance of women in the Fire Service, and look to formally acknowledge our incredible staff.

The Service is also hosting an internal talk virtually, in collaboration with South Wales Fire & Rescue Service. From Avon, Amanda Brown will be sharing her stories and experiences with attendees.

Amanda Brown is the Clerk and Monitoring Officer for Avon Fire Authority, having joined the team in September 2020.  She qualified as a solicitor in 1996 and following qualification spent most of her legal career as a legal officer in the Adjutant General’s Corps (Army Legal Services).  She joined the Army in 2000 and retired in 2017 in the rank of Lieutenant Colonel.  Following experience prosecuting trials at Court-Martials, Amanda was awarded higher rights of audience in criminal courts.  During her time with the Army, she achieved two Masters degrees, an MBA and Master of Laws.  She spent 6 months in Kosovo, served briefly in Iraq and completed two 6-month tours in Afghanistan.  Now working for Avon Fire Authority, the opportunity to return to a uniformed environment encouraged Amanda back to the legal world.

Furthermore, in honour of International Women’s Day 2021, Bristol Live! has once again revealed its list of inspiring and influential women from across the South West. The list of nominees recognises the region’s most innovative, inspiring and high-achieving women.

We are delighted that our AF&RS Director of Corporate Services Angie Feeney, and Weston-Super-Mare Watch Manager Anna James have once again been acknowledged by the newspaper. Further, in an addition this year, Environmental Manager Annabel Harford has also been included, which is a fantastic acheivement.

Could you join us?

Wholetime recruitment is opening soon. For updates, and to be notified when applications open, sign up here.

At Avon Fire & Rescue Service we think it’s important for our workforce to be representative of the communities we serve. We are therefore encouraging applications from groups currently under-represented within the workforce, particularly women and people from Black, Asian and Minority Ethnic (BAME) backgrounds.

We will be taking additional steps to ensure we raise awareness of firefighting as a career among under-represented groups, as we want the very best people to be our next generation of firefighters. It’s about ensuring the pool of talent we have to choose from is as wide as possible and encouraging people to apply who perhaps never thought a career in the fire and rescue service could be for them.

Once an application is made, every candidate will be considered on merit, regardless of their background.