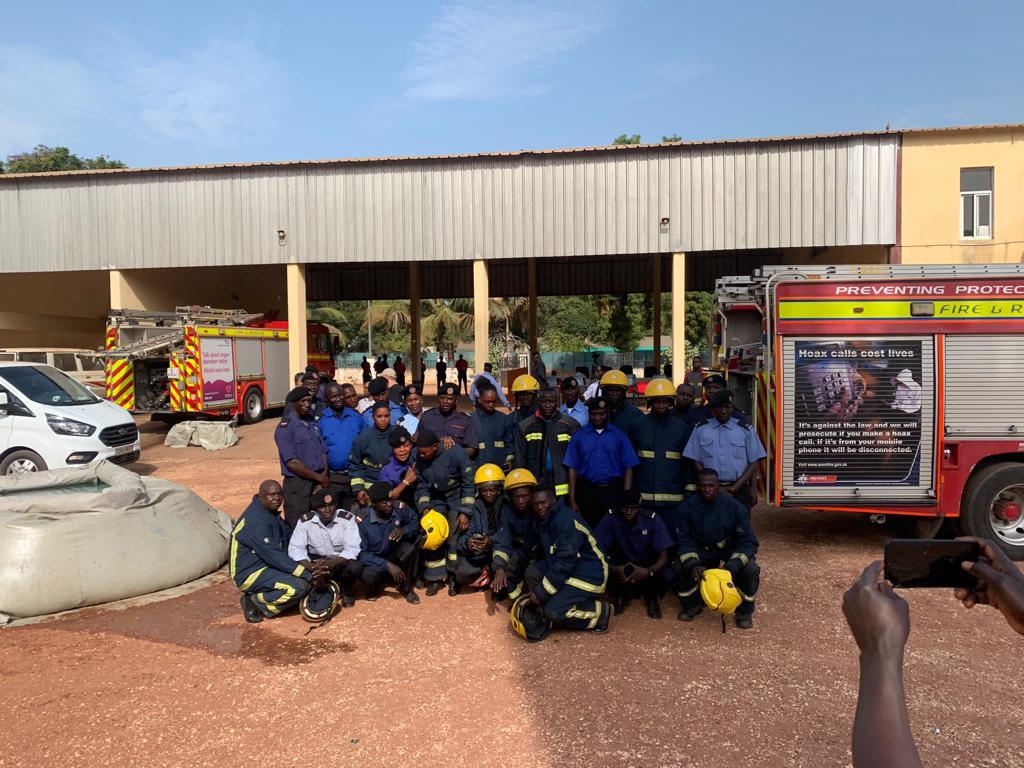 Avon Fire & Rescue Service (AF&RS) celebrate 30 years since the inception of Gambia and Avon Fire Services in Partnership (GAFSIP), a charity supported by Avon Fire Authority to support communities in the Gambia.

In 1991, Firefighter David Hutchings visited the Gambia for a winter break, while there he witnessed a fatal road traffic collision on the main route out of the capital, Banjul, which at that time had no fire service cover. David sadly witnessed the traffic loss of life in a car trapped under a lorry. As a current firefighter in Bristol, David knew the equipment and knowledge existed that could have helped in such a terrible situation.

On his return to the UK David dedicated many hours to support Gambian communities, which with support from Avon Fire Authority, led to the formation of the charity, which celebrated 30 years in Winter 2021. Although he has long since retired from the Service, after achieving the rank of Chief Fire Officer, David Hutchings remains Patron of the Charity.

In 1991, only two fire stations served by 87 firefighters existed in The Gambia. Since then, many fire appliances and ancillary vehicles have been donated to the Gambia Fire and Rescue Service thanks to support from Avon Fire Authority. AF&RS have also facilitated over 60 training trips to Gambia to share knowledge to our extended firefighting family. The training trips have proved invaluable to Gambian communities, with training provided to the fire service, ambulance service and Banjul International Airport Fire Service.

Patron of the Charity David Hutchings said: “I’m incredibly proud to see the GAFSIP charity is still going today. What started with a winter holiday to the Gambia has truly made a difference to communities out there.

“It’s great to look back and see how far the charity has come in 30 years. I’ve travelled to Gambia over 60 times over the years and look forward to hopefully going back one day to visit old friends and see how the fire service has developed since my last visit about four years ago.”

Today, thanks to GAFSIPs ongoing support, Gambian communities are served by 11 fire stations, six sea rescue stations and over 1,000 firefighters and staff.

In November 2021 after not travelling to the Gambia in over two years due to the ongoing pandemic, Chief Fire Officer Mick Crennell, Trustee Paul Kirk and a group of firefighters, travelled to Gambia to officially deliver seven donated fire appliances, including a water bowser from Royal Berkshire FRS and six retired fire appliances from AF&RS.

A container full to the brim of donated equipment, including donated equipment from Avon and Gloucestershire Fire & Rescue Service’s, portable pumps portable air compressors, fans, gearboxes and engine equipment, as well as assorted donations from Bristol Uniforms. The container arrived in Gambia a few days after Christmas.