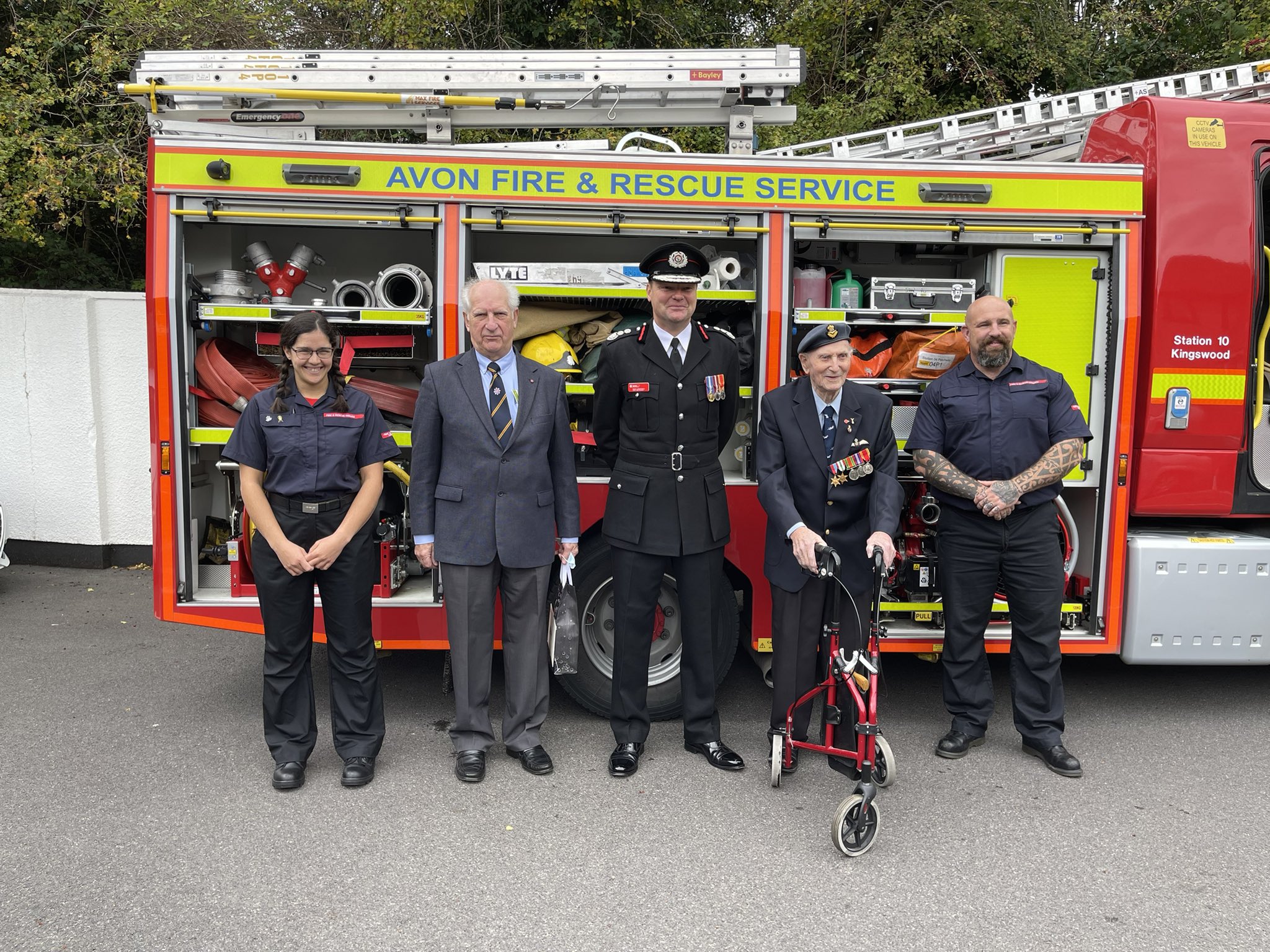 After spending a few years as a bomber pilot in Lancaster, Ivor joined Bristol Fire Brigade as a new firefighter on 13 September 1945. He was based at Bridewell Fire Station where he worked hard and achieved the rank of Station Officer.

In 1965 he received his 20-year Long Service and Good Conduct medal, in 1975 Station Officer Taylor retired from the Bristol Fire Brigade.

Ivor sadly suffers from dementia but often fondly recalls his memories as a firefighter in Bristol.

Chief Officer Mick Crennell said: “It was an absolute privilege to visit retired Station Officer Ivon Taylor to celebrate his 100th birthday. I joined Ivor’s family and firefighters from Kingswood fire station to sing happy birthday and present him with a gift on his birthday.

“Ivor is an absolute legend, and it was an honour to spend his special day with him and his family. I’m sure he would’ve jumped back on the truck given a chance.”

From all of us here at Avon Fire and Rescue Service, Happy Birthday Ivor! 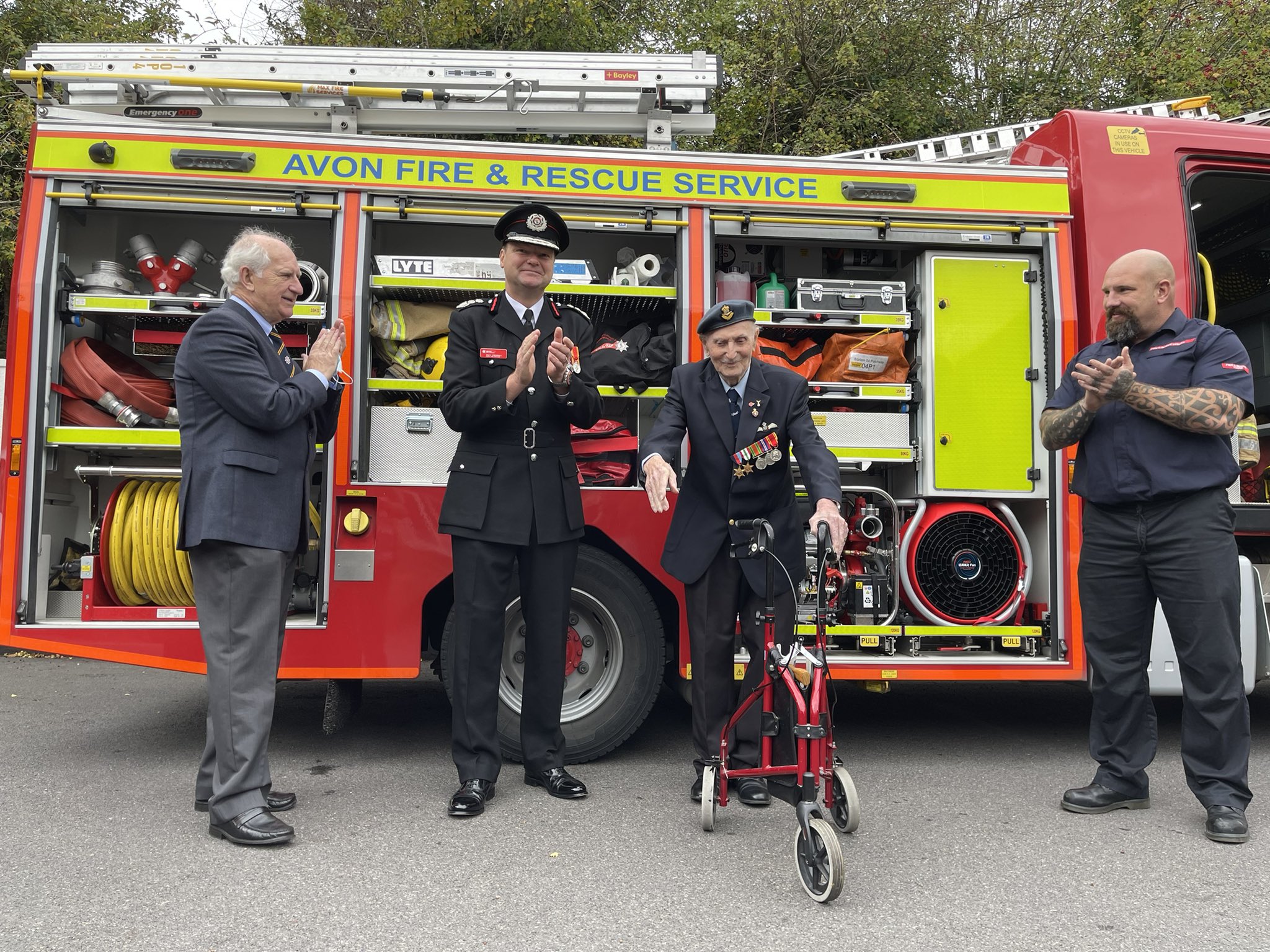