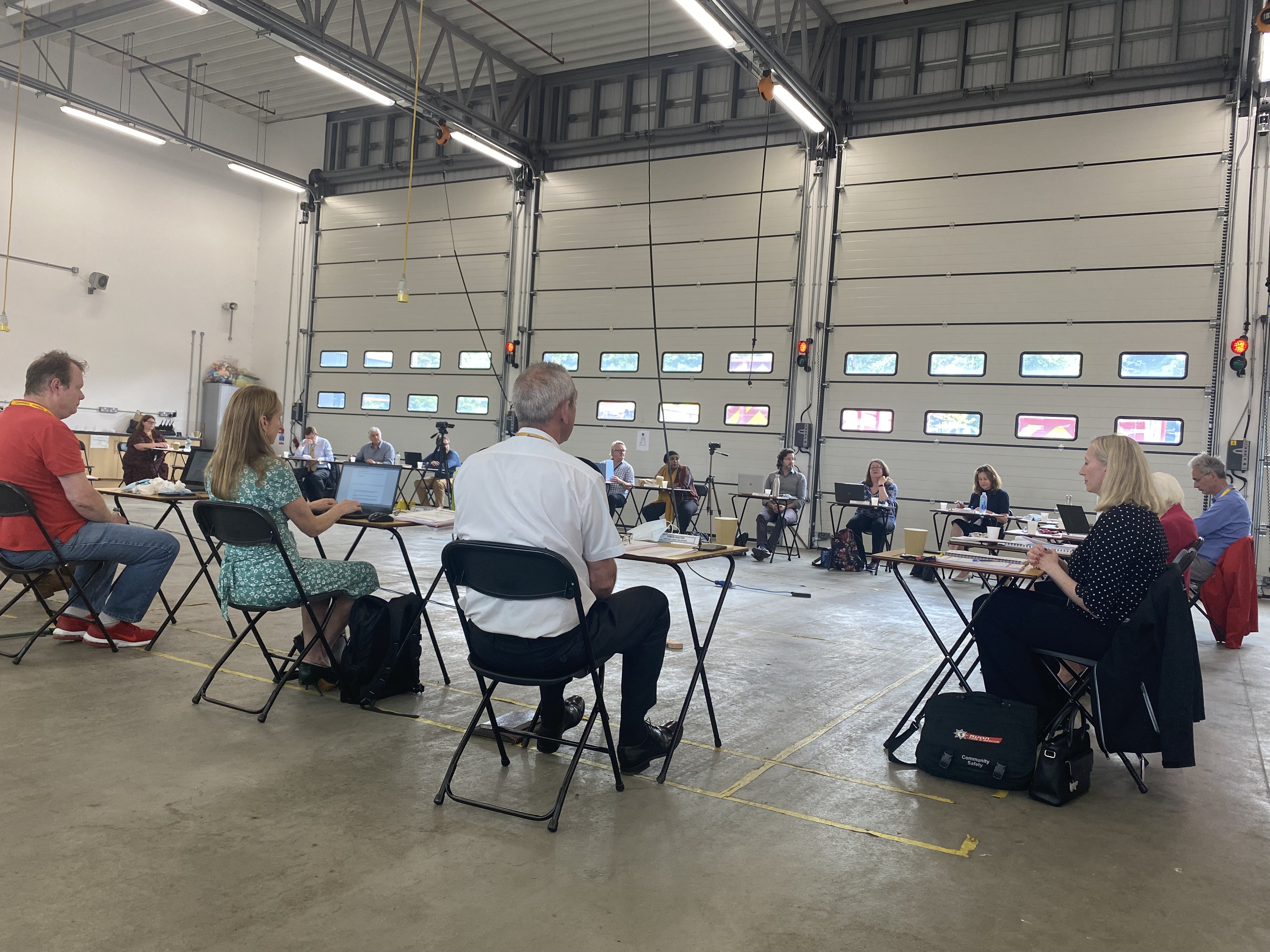 Meeting for the first time in-person since the start of the pandemic, the Avon Fire Authority hosted their Annual General Meeting on Wednesday 30 June.

The socially distanced meeting, held at Hicks Gate Fire Station, began with a showcase of Avon Fire and Rescue Service (AF&RS) skills and capabilities. Demonstrations included breathing apparatus and fire extinguishing, a talk from trustees of Gambia and Avon Fire Services in Partnership (GAFSIP), a demonstration of the command unit alongside AF&RS drone technology, and fire investigation dog Sally showed members her search and rescue skills.

The annual general meeting began with members appointing Councillor Brenda Massey as Chair of Avon Fire Authority. Councillor Massey, a Labour member of Bristol City Council, has been a member of the Authority since 2016 and received cross-party support during a vote held at the AGM.

Councillor Donald Davies of North Somerset Council, and former Chair of the Authority, was elected by members as Vice Chair.

Chief Fire Officer Mick Crennell welcomed members, thanking them for their support and advice before holding a minutes silence in memory of Watch Manager Steve Angell who sadly passed away after a motocross accident earlier this month.

Speaking after the meeting, Chair of the Avon Fire Authority Brenda Massey said: “I’d like to say a huge thank you to Station Manager Nick Ludwig, Temporary Group Manager Andy Goode, the firefighters, staff and dogs, for the demonstration of their work today. It’s an honour to see crews in action and showcase their impressive equipment and skills.

“I feel really honoured to have been elected to this role, particularly as I understand that I may be the first woman Chair of the Fire Authority.  When I was first elected to be a member of the Authority I never expected to become Chair, so it is an enormous privilege for me.

Chief Fire Officer Mick Crennell said: “The Fire Authority continue to make important decisions for our Service and I’m pleased to welcome both new and returning members today, and congratulate Brenda as the newly elected Chair. I look forward to working with you all in the coming months.

“We are committed to working together, in collaboration with emergency services and other public sector partners to achieve our collective priority of making our communities safer.”

A video recording of the AGM can be found on the AFA YouTube channel.

Minutes and agenda of the following meeting will be published on the Avon Fire Authority website.