BBC Crimewatch – the role of a modern day firefighter 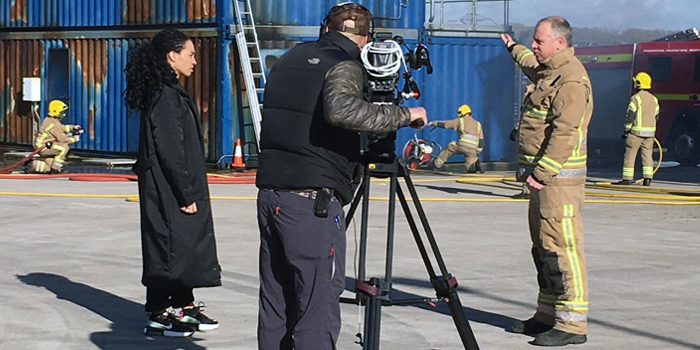 The real-life crime programme showcased how the role of a modern firefighter had changed overtime, in particular over the past year, it’s far more diverse and varied than many people realise.

A common mis-perception is that the role of a firefighter, in the main, involves responding to emergency calls to put out fires, and although this is still a really important part of the role, the role of a modern day firefighters calls for so much more.

Today’s firefighters are expected to switch from a reactive role to a more preventative one, which involves educating schools, youths and communities about the hazards presented by fire, focusing particularly on providing advice on how they can keep themselves, and others safe.

Most recently, AF&RS and its staff have been supporting the NHS in its fight against Covid-19. Firefighters from across the Service have stepped up to help drive ambulances, respond to emergency calls and marshal at vaccination centres across the local area. All of which was documented in the programme which aired yesterday.

During its filming, BBC crews from the hit TV show spent the day with firefighters from stations including Temple, Southmead, and Hicks Gate, who demonstrated various training exercises on the day including rope rescue and live fire. 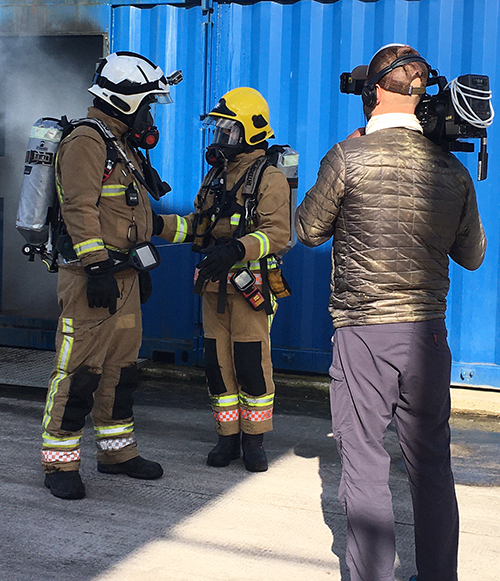 Crews from Temple and Hicks Gate were joined by TV presenter Michelle Ackerley for a live fire exercise. Michelle was kitted out with a full fire kit and breathing apparatus set in preparation for a synthetic smoke training exercise. Michelle was guided into the training containers by Watch Manager Glen Baker in a bid to retrieve a dummy casualty. The exercise provided Michelle with an insight into how restrictive entering a smoky building can be when vision is limited due to extensive smoke and the importance of breathing apparatus. Fortunately Glen used a thermal imaging camera to guide the pair through the container whilst trying to locate the dummy casualty.

The following day, the BBC were invited to join Watch Manager Steve McGreavy whilst volunteering at the Bath Racecourse vaccination centre where he discussed the importance of volunteering, and the support AF&RS are giving to its emergency service colleagues and the NHS. 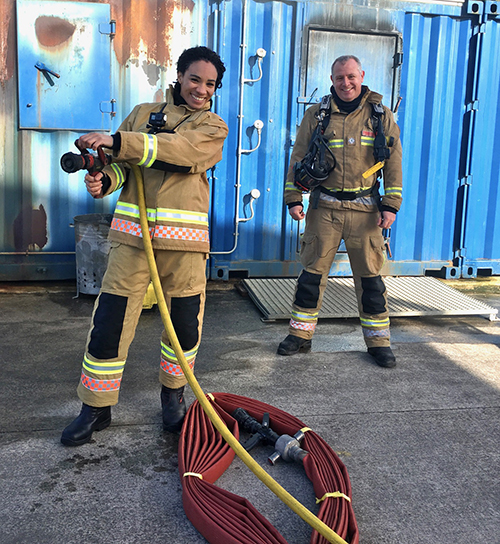 Temple Watch Manager, Glen Baker said: “It’s been great to spend the day with Michelle and the crew from the BBC, providing an insight into the role of a modern day firefighter.

“Fighting fires is only part of what we do, and it’s important we showcase the many varied and technical responses AF&RS provides alongside the various emergency situations we attend.”

Watch Manger Steve McGreavy added: “Over the years, the role of a firefighter has changed, particularly over the last year and it’s been a pleasure to support the NHS at vaccination centres across the local area. It’s important we support the NHS and help tackle this virus for good”.

If you missed Crimewatch , you can watch the episode on BBC’s iPlayer.