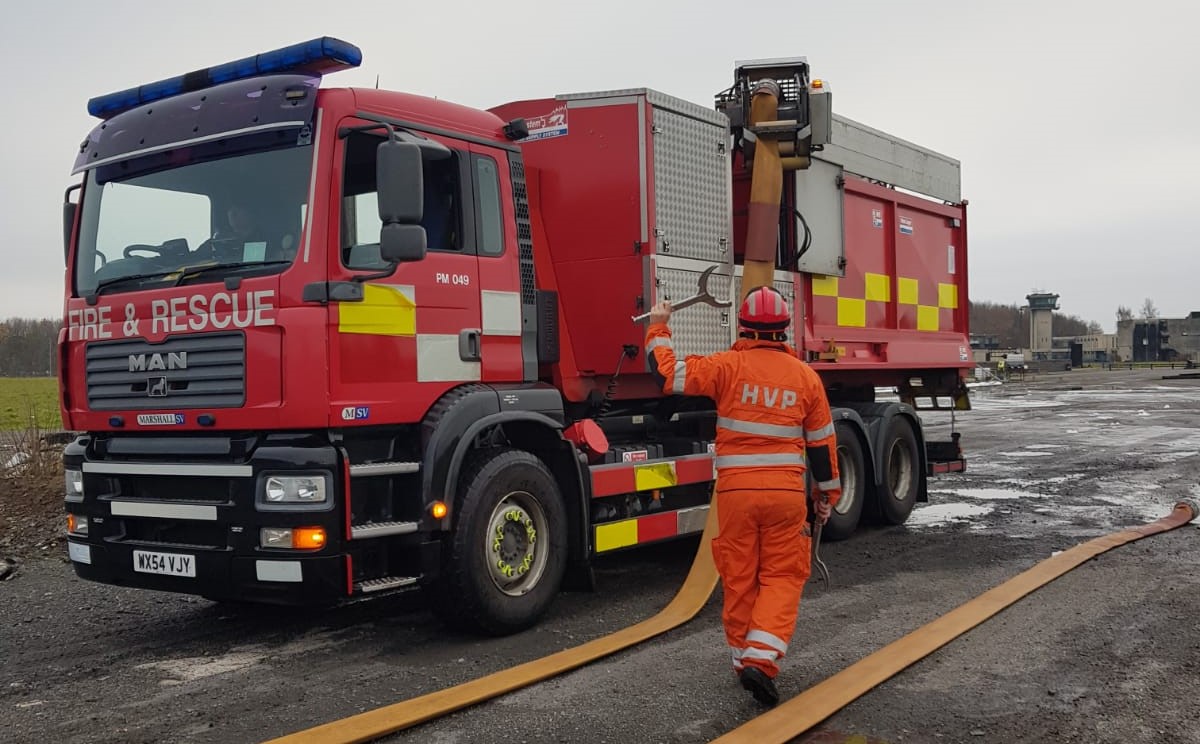 Avon Fire and Rescue Service (AF&RS) is set to welcome firefighters, staff and equipment from all over the country for a national training exercise, similar to the recent incident in Whaley Bridge.

Consisting of around 80 firefighters and staff, Exercise Poseidon will test the national resilience of High Volume Pumps (HVPs), local emergency plans and how each fire service works with multi-agency partners.

The exercise in Avon will involve up to 15 HVPs and two Enhanced Logistics Support (ELS) vehicles with supporting teams, with the addition of the Environment Agency and any other agencies who wish to have involvement.

Throughout the week, there will be three scenarios in the area based on a spring high tide and heavy rainfall, resulting in heavy flooding across three areas, including Dunball Sluice, Oldbury Power Station and the Cumberland Basin.

Running from 16th to the 19th September, each day will see a new function of the national resilience network tested as the scenarios unfold.

It will also involve SARAID, Community Reslilliance Teams, and other organisations and voluntary agencies from across the Southwest.

Tony Smith, Nailsea fire station Watch Manager and Service lead for HVPs, said: “High Volume Pumps have enhanced the capabilities for fire and rescue services nationally, regionally and locally, mitigating the effects of flooding and fires at incidents across the UK.

“As incidents outside of firefighting continue to rise, this equipment improves the capabilities and safety of personnel, giving us the best resources to help us protect communities across the UK.

“This specialist national exercise will allow us to test the capabilities of the majority of High Volume Pumps from the across the UK to ensure we are ready for any situation that might arise.

“We would also like to thank all the sites involved who have let us perform these exercises on their land.”

Across England and Wales, HVPs are held by 42 Fire & Rescue Services (FRS) and there are 52 HVP sets in total.

These HVPs are available to support incidents within their own local FRS area but are also available to assist with national or major incidents such as natural or deliberate flooding and large-scale firefighting activities such as wildfires.

Since their first large deployment in 2005, they have been utilised nationally in 2007, 2009 and each year from 2012 to 2015. These deployments have included wide-area flooding, coastal tidal surges and wildfire incidents.

Weighing 26 tonnes, each HVP set comprises of two modules, which are carried on a prime mover vehicle and can be split further down into individual boxes.

Consisting of a submersible pump and one kilometre of hose, the HVP is capable of pumping up to 7,000 litres per minute and can deliver water over a distance of three kilometres. HVP’s can be connected together in the same hose line system meaning that water can be pumped over even further.

A simultaneous exercise will be hosted by County Durham and Darlington Fire and Rescue Service involving a further 7 HVPs at a Reservoir scenario.

At its height, the operation was removing around 70,000 litres of water per minute from the reservoir to stabilise the dam.

Ian Irving, the National Resilience High Volume Pump Capability Adviser added: “This large scale multi-agency exercise will allow us to test the mobilisation of half of the national fleet to two different locations.

"This is a critical exercise that allows us to test our mobilisation procedures, logistics and pumping capabilities in a range of scenarios. The national exercise will provide assurance to Home Office that the HVP fleet is able to respond at a moment’s notice to whatever large-scale incident or emergency they may be required to”.

Throughout the exercise, Gordano Services will be used as a strategic holding area for all the vehicles, while Brunel Lock Road in Bristol will have parking restrictions and traffic management in place from 7 pm on Wednesday 18th September until 7 am on Thursday 19th September.