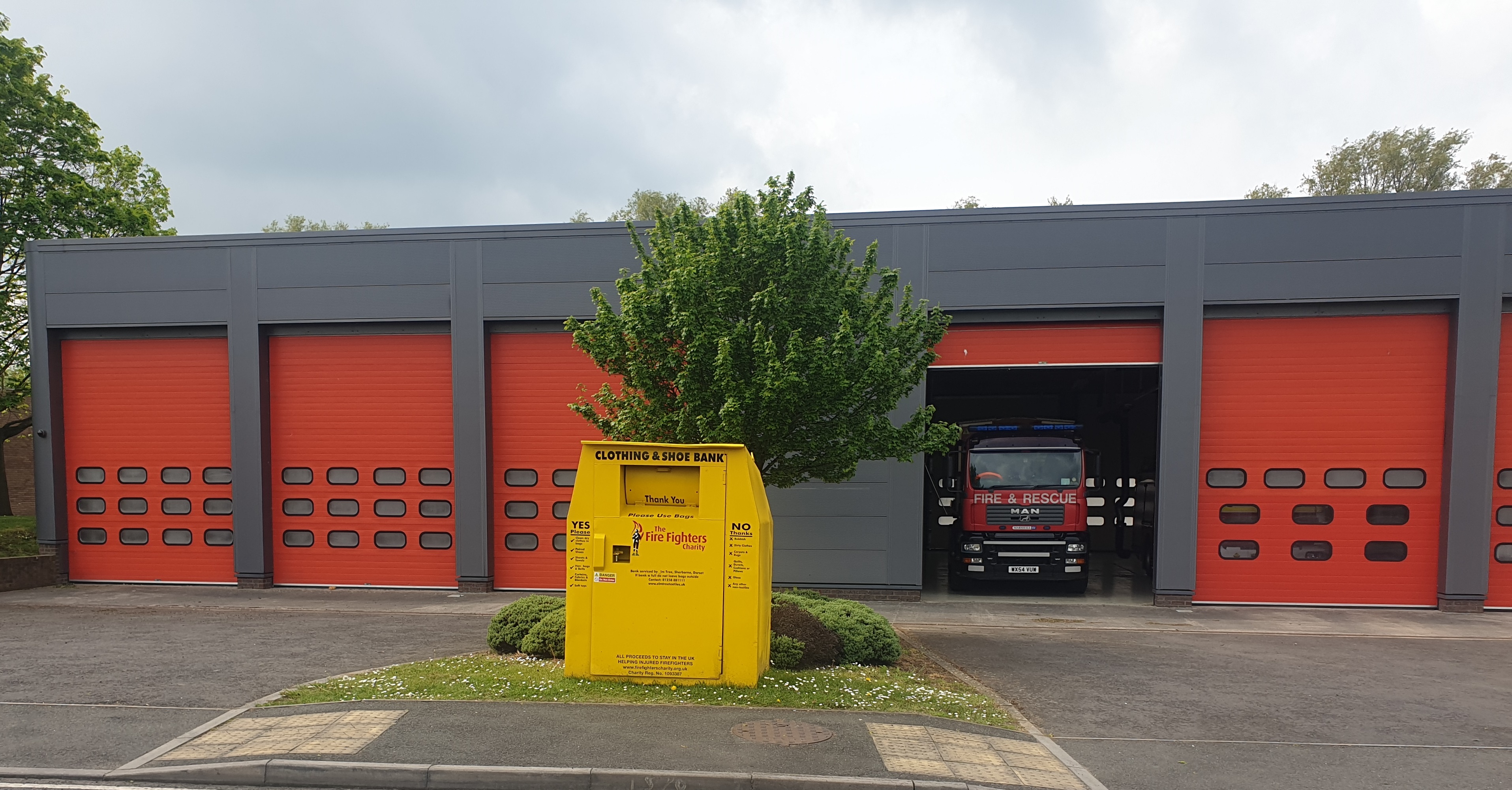 Avon Fire & Rescue Service (AF&RS) has installed four new textile banks at stations across the region following the success of the scheme – which has raised over £20,000.

New textile banks have been installed at Yatton, Blagdon and Nailsea fire stations, with a second at Southmead, bringing the total to 11 across the Service.

The move comes following assessments of stations and discussions with station staff by The Fire Fighters Charity and their recycling partner, Elm Tree Textiles, at the end of 2018.

Textile banks have now raised over £20,000 for Fire Fighters Charity since they were first placed on AF&RS fire stations in January 2015.

This makes a huge difference to the Charity with money helping to fund the services and rehabilitation for UK Fire & Rescue beneficiaries including all operational staff, firefighters, control room staff, support staff, retired personnel and their dependants.

It has also resulted in 92 tonnes of unwanted clothing & textiles being diverted away from landfill – equivalent to around nine fire engines in weight - with the largest amounts collected at Kingswood then Radstock.

Annabel Harford, Environmental Project Officer for AF&RS, said: “This is a great scheme that not only allows for stations to play a small part in making a big difference, but also allows communities to reduce their environmental impact.

“Having expanded the scheme to new locations, we would love to see them used on a regular basis across the service area, raising funds for a great cause and lowering environmental impact.

“All the clothes are either reused, helping to make a big difference to those who need it most, or recycled into usable materials.”

The Fire Fighters Charity receives £220 per tonne from the clothing collected on fire stations, with all costs covered by their recycling partner, Elm Tree Textiles, who manage the banks and collections.

The textiles collected by Elm Tree Textiles are sorted, graded and all wearable clothing is sold mainly to developing countries.

Any textiles that are un-wearable are recycled into items such as industry wipers, which are used by fire and rescue services, car upholstery and 'base layers' for hanging baskets for sale at Garden Centres.

Kevin Biles, Sales & Recycling Manager for The Fire Fighters Charity, added: “We have some fantastic support with textile recycling from our fire stations across Avon Fire and Rescue.

“Last year you helped generate over £6,600 for our Charity and with the additional fire stations coming on board, we will see this only increase and thank you to everyone across Avon who supports us with their donations of clothing, it is very much appreciated.”