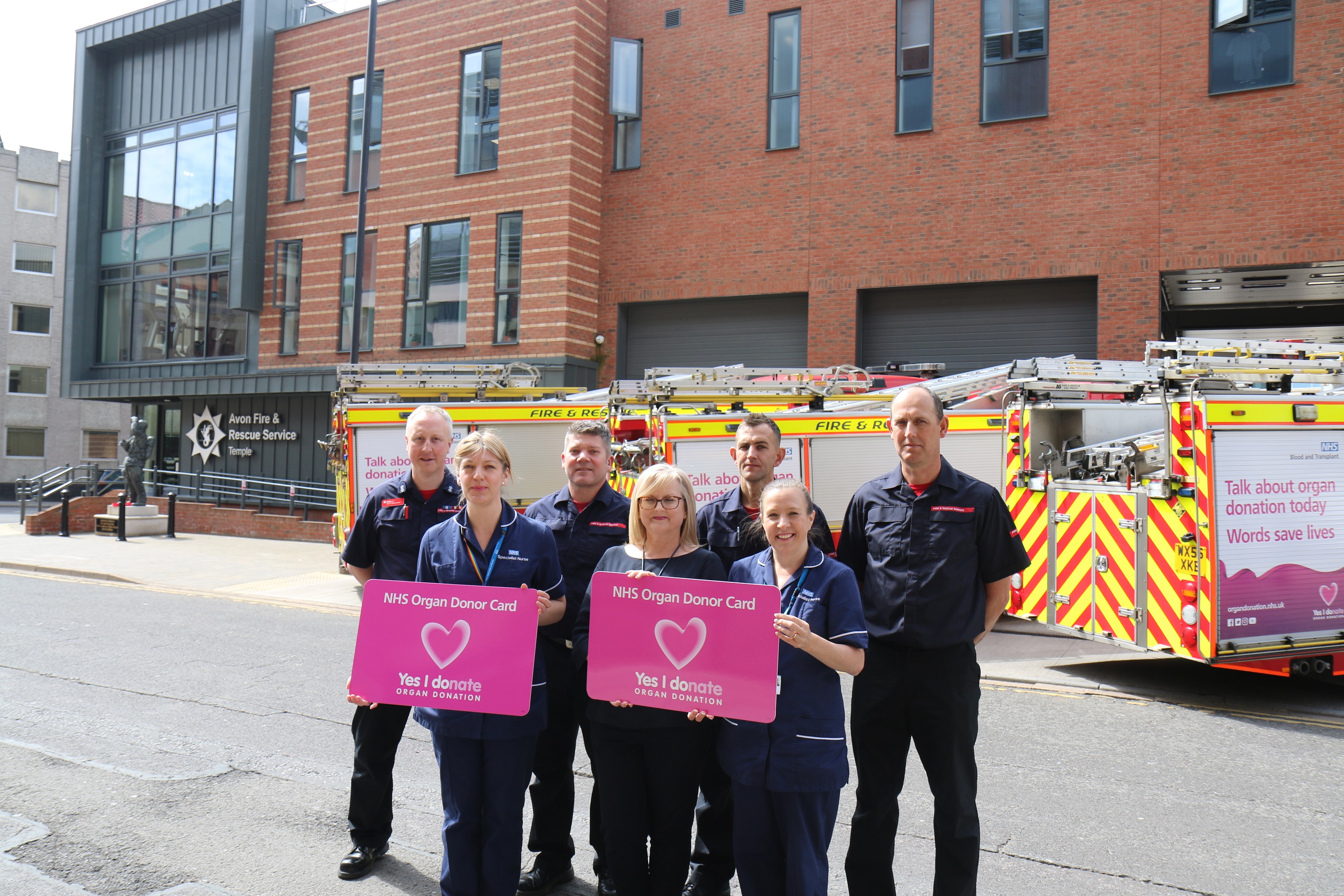 The Service, which will place wrapped fire engines across several stations, including Temple, Kingswood, Bath and Weston, hopes to encourage families to discuss organ donation and the upcoming change in the law.

The new legislation, also known as Max and Keira’s law in honour of a boy who received a heart transplant and the girl who donated it, will be brought in next Spring.

This will mean adults in England will be considered donors unless they choose to opt out or are excluded.

The aim of this campaign is to encourage people to talk about the importance of organ donation and what they want to happen when they pass and, importantly, to let others know their wishes.

Jason Pritchard, Firefighter at Temple Green Watch who suggested the partnership, said: “With over 6,000 people waiting on the organ transplant waiting list and with one in every three people a day dying while waiting for an organ, it is important that we promote organ donation alongside NHS Blood and Transplant in encouraging the community to discuss organ donation and make their decisions known to their loved ones.”

Mandy Peskett, Partnerships Manager at AF&RS, added: “Our primary focus as a service is to help make our communities safer and improve peoples’ wellbeing. We are always looking for new ways of connecting and engaging with our local communities, and partnerships like this are the perfect example of how we can work together to improve the lives of the people we serve.

“We know that more needs to be done when it comes to organ donation and hopefully by wrapping our fire engines, which are clearly visible in our streets, we will get people thinking about it and talking to their loved ones about their wishes.

“These conversations aren’t always easy but we hope to help bridge the gap and get people talking.

“This is just the first of several campaigns where we will use our vehicles to help educate, inform and spur on discussions through the wrapping of our fire engines.”

The new legislation is being brought in after Keira Ball, from Devon, was involved in a car accident with her mum and brother when she was just nine years old.

Her father Joe was approached by the organ donor consent team after doctors in Bristol confirmed they could not save her life.

At the time of Keira's accident, Max was in hospital in Newcastle with heart failure following a viral infection.

He was being kept alive with a mechanical pump and Keira’s heart saved his life.

Loanna Ball, mother of Keira, said: “It is amazing having Avon Fire and Rescue Service working alongside NHS Blood and Transplant to increase the awareness of organ donation. It is so important for families to have the organ donation conversation and to make take their decisions known.”

Under the new system, consent for organ donation will be assumed, with people needing to opt out unless excluded.

It will still be open to relatives to block a donation, so it will be important that families discuss their wishes.

Presumed consent has been operating in Wales since December 2015 and organ donation consent rates are now the highest in the UK at 75 per cent.

Vanessa Pritchard, Specialist Nurse Organ Donation, said: “We are so pleased to be working together with Avon Fire and Rescue Service to save more lives through organ donation.

“By wrapping the fire engine lockers, we hope this encourages people to talk to their families about organ donation and share their decision - a few words now can make an extraordinary difference.

“With the law around organ donation changing from spring 2020, all adults in England will be considered as having agreed to donate their own organs when they die unless they record a decision not to donate or are in one of the excluded groups. Families will still continue to be approached about organ donation, and it is important to let family and friends know your decision.”