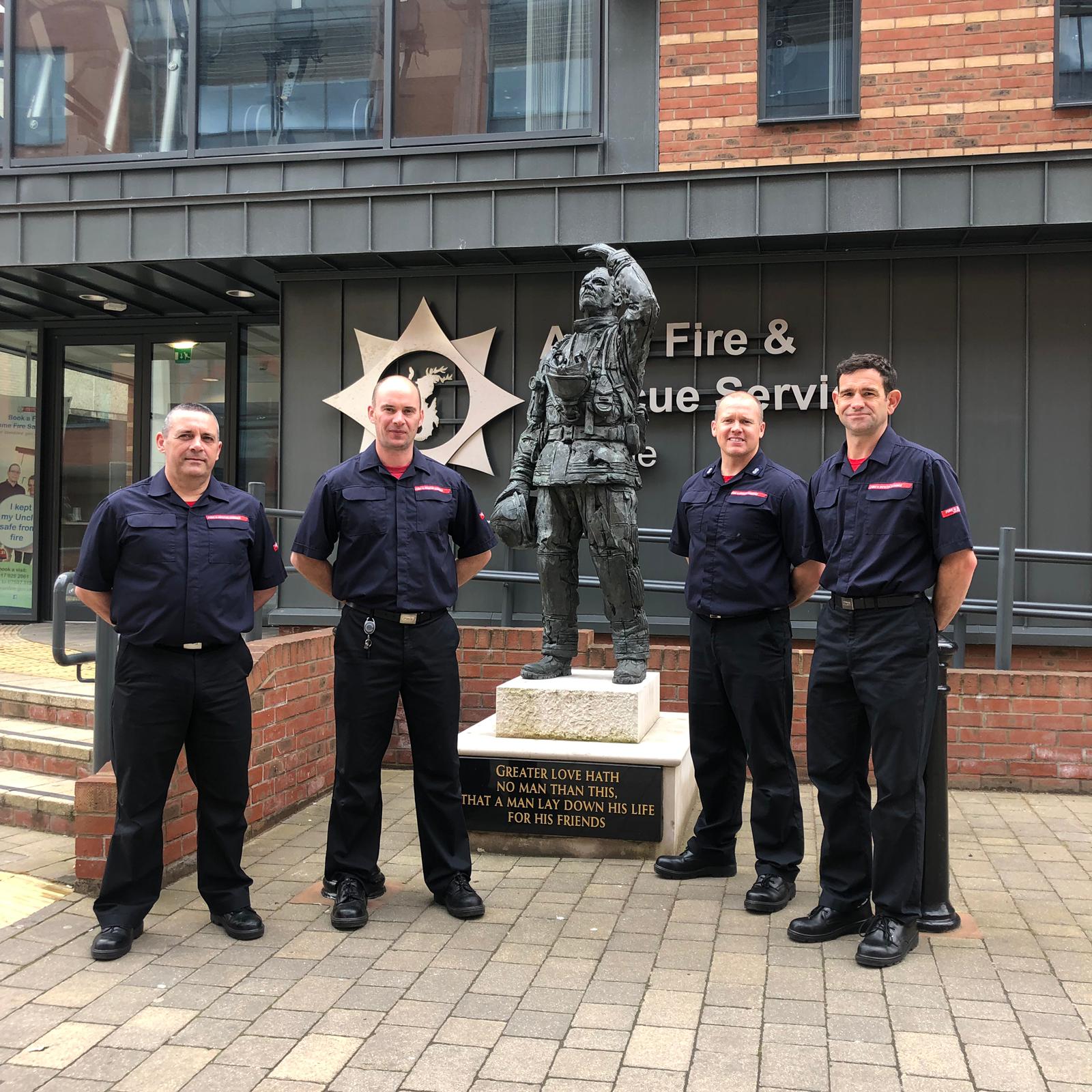 Firefighters from across Avon Fire & Rescue Service (AF&RS) will fall silent tomorrow (04/05) to commemorate the bravery and sacrifice of those who lost their lives in the line of duty.

Thousands of firefighters, bereaved families, supporters and well-wishers will observe a one minute’s silence at midday at fire stations up and down the country.

As with previous years, serving and retired personnel will support Firefighters' Memorial Day by simply forming a publicly visible parade at their fire station, or other Fire and Rescue premises, rooted in their local community.

Firefighters’ Memorial Day allows the Service to honour and remember the bravery and sacrifice made by firefighters who have paid the ultimate price in carrying out their duties.

No matter how long has passed, firefighters who died protecting their communities must be remembered and their stories passed on, with the day acting as a moment for firefighters to reflect.

Avon Ceremonial Drill Squad are also attending the National Firefighters Memorial Service in London tomorrow (05/05). All Services throughout the country are invited to send representatives to this National Event.

Rob Davis, Assistant Chief Fire Officer for AF&RS, said: “The loss of any firefighter or staff member if felt keenly across the Service and today is about taking the time to reflect on those we have tragically lost in the line of duty.

“Avon Fire & Rescue Service has tragically seen first-hand the loss of a firefighter, showing just how dangerous our profession is and how we must never forget those we have lost.

“Some still, unfortunately, pay the ultimate price but we will honour and commemorate them, ensuring their memories live on.”

For AF&RS, the day allows staff to remember Firefighter Fleur Lombard who tragically lost her life in the line of duty.

On Thursday 4 February 1996 Avon Fire Brigade, as the organisation was then known, was called to reports of a serious fire in Leo’s supermarket in the Staple Hill area.

Fleur, who was just 21 years old at the time, was one of only eight women employed by Avon Fire Brigade.

She was killed as a direct result of the intense heat, and her body was found by other firefighters just yards from the exit.

Having graduated in 1994 with the Silver Axe award, for most outstanding recruit on her training school, Fleur was the only female firefighter to die on duty in peacetime Britain.

She was posthumously awarded the Queen’s Gallantry Medal and Chief Fire Officer’s Commendation in recognition of her bravery.

Two of her colleagues who were with her that day were also awarded the George Medal and the Queen’s Commendation for Bravery.

Every year, AF&RS also marks her passing on the anniversary of her death to ensure she is never forgotten.

The Fire Brigades Union has also launched a Red Plaque Scheme which honours those killed in the line of duty. This is funded entirely by the Firefighters 100 Lottery.