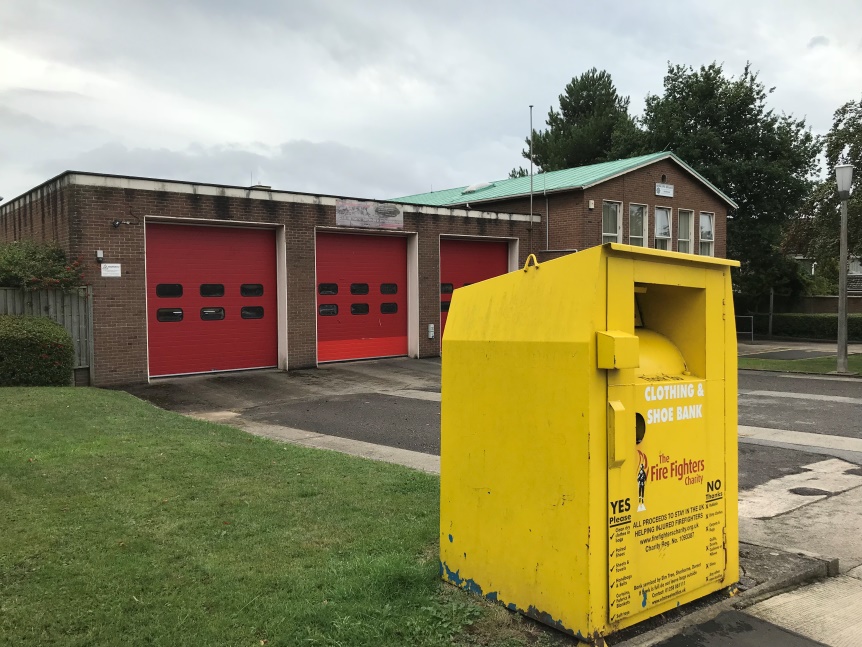 Avon Fire & Rescue Service (AF&RS) is delighted to announce that it has raised nearly £16,000 for the Fire Fighters Charity through textile banks.

Since they were placed on a number of stations across the service area in January 2015, the money has helped make a huge difference to the Charity.

The Fire Fighters Charity receives £220 per tonne from the clothing collected on fire stations, with all costs covered by their recycling partner, Elm Tree Textiles, who manage the banks and collections.

The textiles collected by Elm Tree Textiles are sorted, graded and all wearable clothing is sold mainly to developing countries.

Any textiles that are un-wearable are recycled into items such as industry wipers (which are used by fire and rescue services), car upholstery and 'base layers' for hanging baskets for sale at garden centres.

The scheme has also resulted in 72 tonnes of unwanted clothing and textiles being diverted away from landfill.

Annabel Harford, Environmental Project Officer for AF&RS, said: “This is a great scheme and allows stations to play a small part in making a big difference.

“To be able to raise money for a fantastic cause, while reducing the communities’ environmental impact, is a double bonus.

“We would also like to see the scheme expanded to other stations and will be assessing which of our remaining fire stations are suitable for textile banks and discussing this with station staff.”

The Fire Fighters Charity supports thousands of beneficiaries a year through a broad range of services, such as life-enhancing health and wellbeing support.

Kevin Biles, Sales & Recycling Manager for The Fire Fighters Charity, added: “This is a great achievement from the stations across Avon Fire & Rescue Services and this income alone will have helped us provide a week-long stay on our physical and psychological rehabilitation programmes for 14 fire & rescue beneficiaries, some of whom will have come from Avon.

“Our textile recycling scheme goes from strength to strength and this is down to the great support we get from fire stations such as yours, along with everything else you do for our charity”.