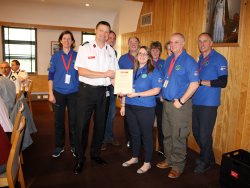 At the meeting of Avon Fire Authority on Friday 1 December individual awards were presented by Chief Fire Officer Mick Crennell to Sherry Coles from Warmley and Andy Gealer from Nailsea as well as a collective award to the team.

Around midnight on Thursday 28 September, Sherry, along with another member of the team were undertaking a fresher’s week river safety patrol in Bath when they came across a young man in distress on the river path.

In a calm and reassuring manner, Sherry began talking to the man, gained his trust before passing him into the care of the ambulance service.

On a river patrol just two days later on Saturday 30 September, at approximately 00:30hrs, Andy and members of the Community Resilience Team came across a lady who had entered the water, was in distress and suffering from hypothermia.

Andy conducted a land based rescue and retrieved the lady from the water. Whilst this was happening, the Community Resilience Team called the emergency services who then took care of the lady.

The CFO praised Sherry and Andy, who like all members of the CRT are volunteers. The team also received an award as a collective for their work to date. 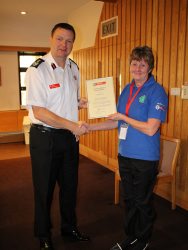 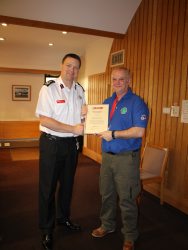