In October 2016, Firefighter Sam Cooper was awarded the Fleur Lombard bursary. The fund provides junior members of operational and support staff with the opportunity to spend time with other Fire & Rescue Services around the world to learn more about how they operate. 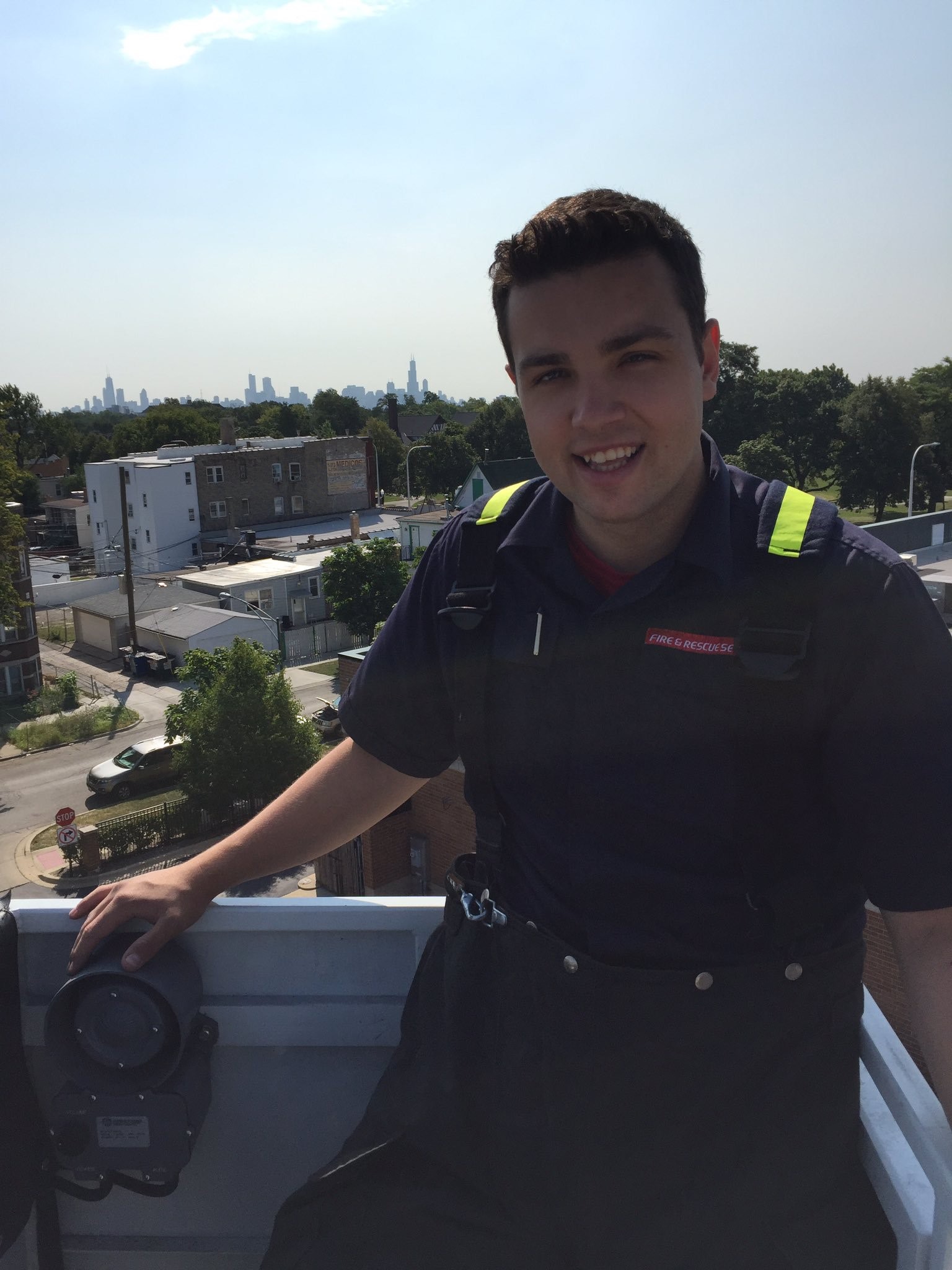 Sam said: “When I saw that the opportunity of a grant was available, which would allow me to learn from other Fire & Rescue Services, develop my knowledge and skills, and then share this knowledge with my colleagues at AF&RS I jumped at the chance to find out more.”

Sam then spent a couple of weeks completing his application form. During his research, he discovered that vertical ventilation, high rise tactics and emergency medical services are common practice in America. Sam incorporated this into his application, stating what he hoped to achieve by learning more about these elements and what benefit this knowledge would bring to AF&RS.

Once he found out that his application had been successful, Sam spent the next nine months carefully planning his trip. The vertical ventilation tactics he mentioned in his application are widely practiced in Chicago so he arranged to spend the first part of his trip with Chicago Fire Department. For the second leg of his trip, Sam would join the Fire Department of New York to learn more about their high rise operations.

After almost a year of planning, Sam landed in Chicago on Monday 21 August and, was immediately immersed in fire service life and even lived in the fire house during his time there.

Sam said: “From day one on station I was involved in incidents and from there, they came thick and fast. To put it into context, 7,000 runs a year is considered  slow here . The first incident I attended was a large warehouse fire and on the very same day I attended a fully involved house fire. This was the first time I got to witness the vertical ventilation tactics which I’d come here to learn about in action.

“What struck me when attending the incidents was the large number of resources they have available very quickly. It also reinforced some of the techniques we use at AF&RS which were also widely practiced by the Chicago crews.”

As well as riding with the crews, Sam also spent a day with the fire investigation team, learnt about fire behaviour at the Underwriter’s Laboratory and experienced a shift with the ambulance crews, who are incorporated into the fire department in Chicago.

On Friday 8 September, Sam flew to New York to experience what life was like on station with the Fire Department of New York. For this part of his trip, Sam learnt about high rise operations and tactics, and on Monday 11 September he visited ground zero to lay a memorial wreath honouring those who lost their lives on that tragic day 16 years ago.

Sam said: “This trip was a once in a lifetime opportunity and an amazing way to pay tribute to the legacy of Fleur Lombard. I’ve come away with lots of knowledge which I’m looking forward to sharing with my colleagues.”

If you’d like to find out more about the Fleur Lombard bursary, visit https://www.avonfire.gov.uk/charity/the-fleur-lombard-bursary